Lots still going on, even with the pandemic.

Posted on May 19, 2020 by horseshoeangusranch

Monday was a beautiful day, a little breezy, but not bad. Nothing out of the ordinary happened on Monday. Toni’s file person started. They had chores done when I got home. Dad had to go to Kennewick to get his prescription, so he went by Safeway and went by Musser Brothers to pick up the tools we bought. It was a pretty ordinary day.

Tuesday Strawberry had a fancy bay roan filly. Toni had Chloe come out at 11 to look at Fast. Then at 1 she had people out looking at the Hereford bulls, and she sold Eric, the polled Hereford 10Y son that we had been using. In Pasco we had a little storm roll through, with rain, thunder and lightning. McKenna is back from Oklahoma and came out to see us Tuesday night, the kids were so excited they left their backpacks at moms. The three older kids showed off their steers, showed off the bottle calves, showed her the show videos. Everyone is just so excited she is back, but we all miss McCall. 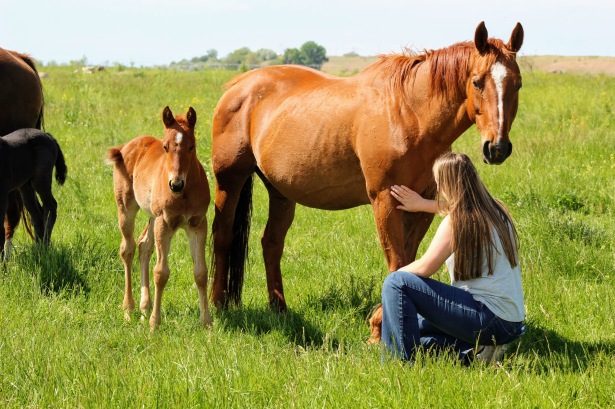 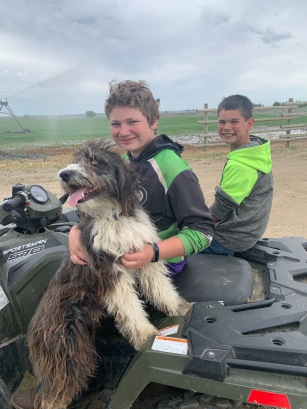 Wednesday was still windy and stormy. State court started again, so Toni had court, but the Judge called her, so she didn’t have to go anywhere. But it does require her to sit and wait for the call and not be on the phone. That is difficult. Coco and the kids helped Kendel herd her cows back to Kendel’s house, I guess one did not want to go and ran all over, the kids were worn out when they were done, so Coco let them skip chores. It took 11 people to move one cow, but they finally got her. Kicker and Ben showed up to help right at the end. Even Jaxsen helped. Because Coco let the kids rest, she had to do Jaxsen’s chore and fed Kool and Double. We put Colonel in with Blue to hand breed, but she did not think she was in heat yet. Then we put up some poles in the alley by my house. The three older kids worked on their steers, cleaned the barn and fed the bottle calves, so Jaxsen was stuck holding one side of the pole, he was not overly amused by this. Lots of fiddly farting around when all he has to do is hold one side of the pole up. Not hard! 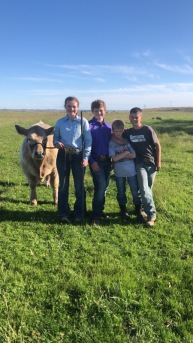 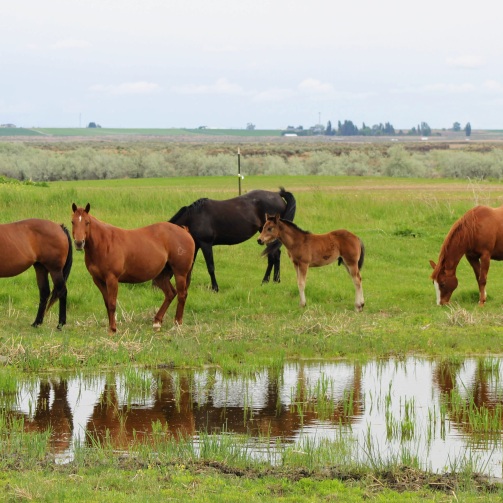 Thursday was rainy and stormy in the morning. Shanan and Pete came up from Boise to look at the foals, the biggest issue they had was that they liked too many! They finally settled on Splinter because Splinter is just awesome. Well, we think all of our foals are awesome, but whatever. Then Thursday afternoon, Roger and Holly came to look at Hereford bulls. We just have 2 yearling Herefords left. Lots going on Thursday. We continued to work on the alley at my house. The three older kids work on their steers when we are down there, so poor poor Jaxsen had to help us. He was very happy that Coco came down and helped Thursday, he somehow managed to disappear. Seriously, we couldn’t find him. And he doesn’t answer when you yell his name. 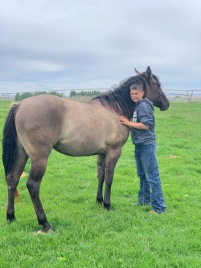 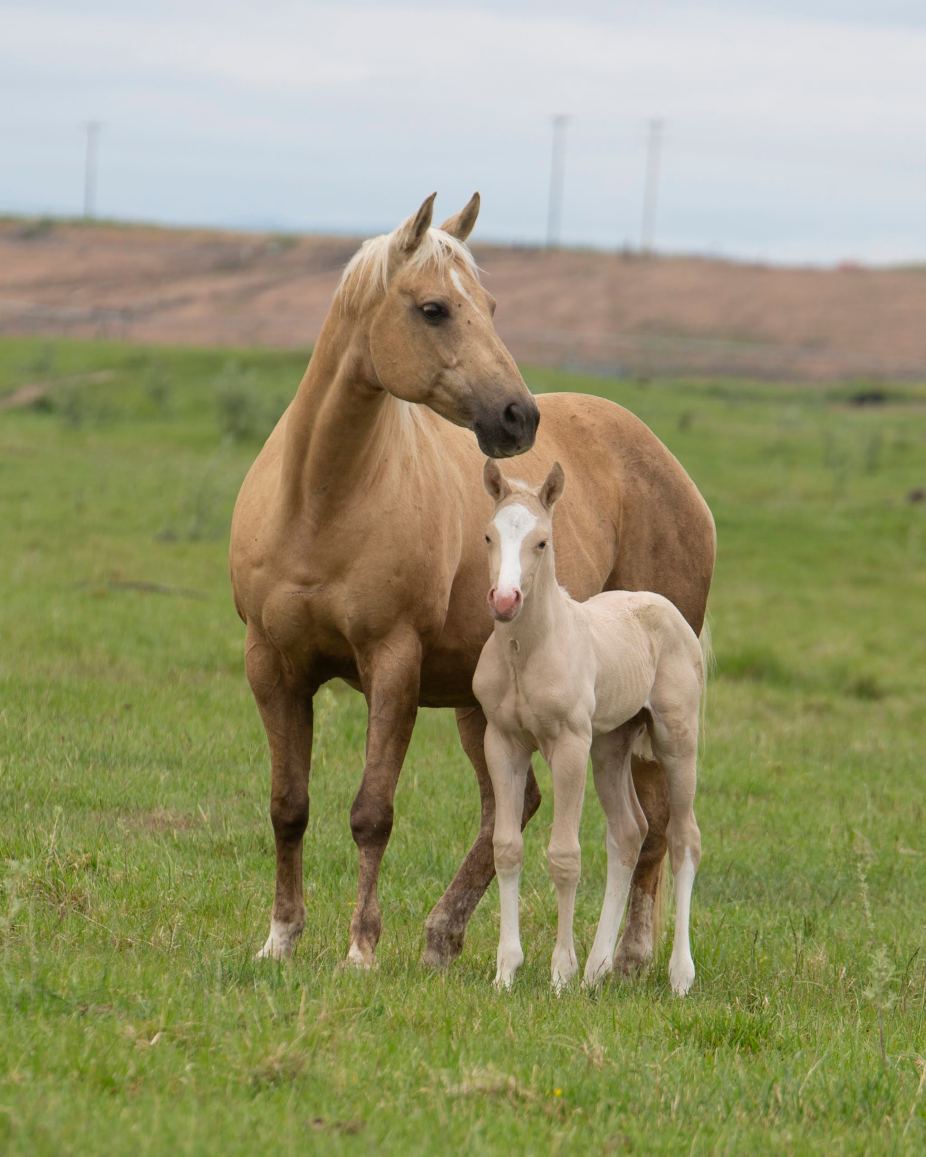 The three older kids and McKenna worked on the 6 clubby steers and Foxy. McKenna showed them how to clip their clubby hair better and worked on fitting. Jaxsen went with Toni to court on Friday for the morning. I told Toni to bring us back Mexican food, but wasn’t specific, so she brought Taco Bell which I do not consider Mexican. After lunch, Jaxsen and I tied up the other steers. Then we took videos for the Sasquatch Showdown. Coco brought Keegan, Lauren and Andrew down to help do chores and pet the horses, which Toni showed them around when she was done with her meetings. Because I was late, Keegan and Coco had to help Toni doctor Slider and he didn’t like the new people, but he was still ok.

Saturday morning a couple came out from Yakima to look at Ty. Toni took them out to the desert to see Ceecee and Gunner, which sold them on Ty. Of course the weather was stormy Saturday so the colts acted like yearling colts, meaning they had to run them to the corral to catch them. 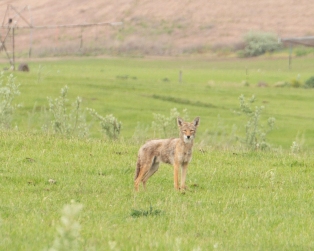 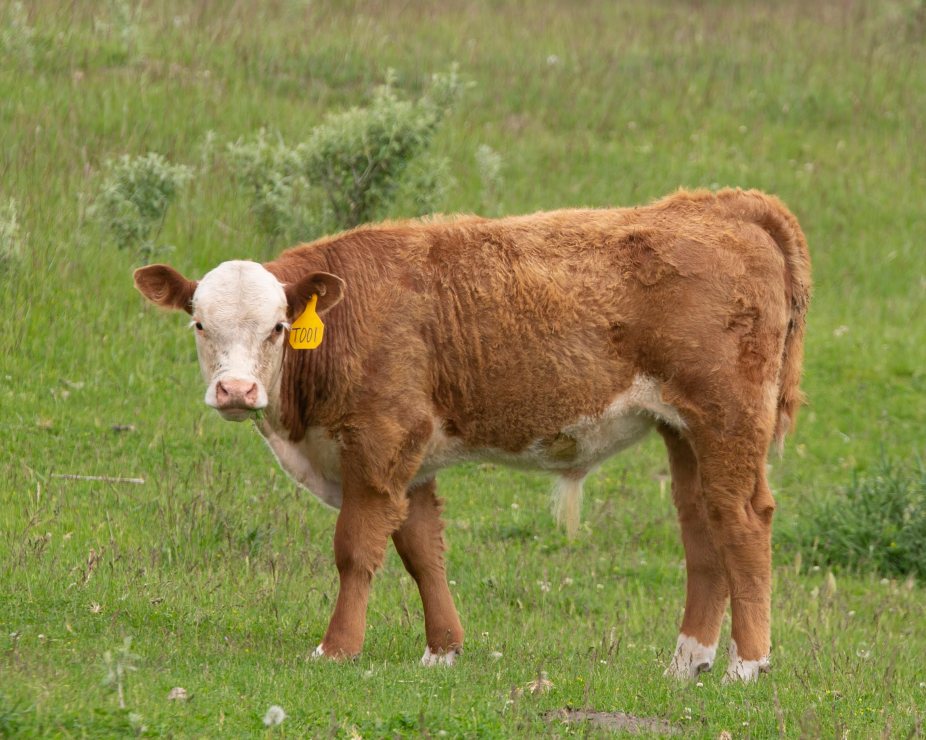 Kicker mowed Russian Olive trees in the afternoon and Ben worked on the continuous fence. We got the alley behind my house finished up Saturday evening. Saturday night we had Skip’s birthday party. Toni made lasagna, Ben made a salad and mom made pies and rolls, it was all really good. 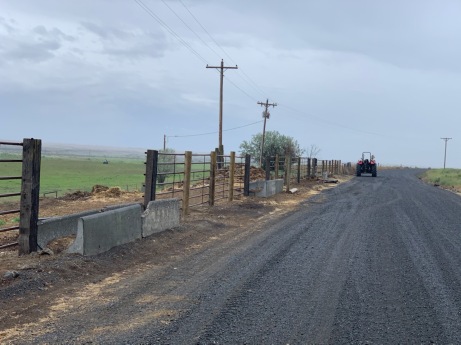 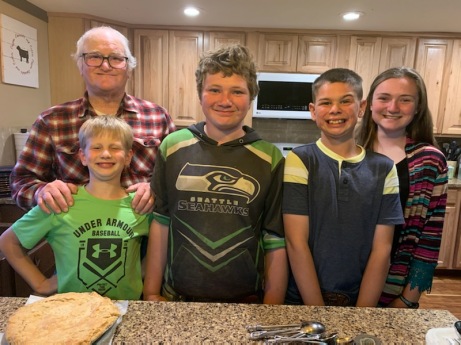 Sunday morning Papa Barry and Grandma Sherri came and got Jax and Kade and took them home for a few days. They still have to do school work. In the afternoon on Sunday we got the last of the horses in from circle 5, Payton went in with Jackpot, Goldie with Sagebug and Strawberry with Gunner. Lizzie and Lona went to the house since they still need to foal. Strawberry and Lizzie did not want to come in, so it took a rodeo to get them in. Leslie brought Mar’s mare down to breed to King. Kicker mowed Russian Olive trees and Ben continued to work on the continuous fence. When the lightening was above us, we all headed in for a few minutes, then went back to work. Rain doesn’t stop us! We are hand breeding a couple of mares, which is not our preferred method, but sometimes we do it. Still doctoring the stuff that has managed to get hurt, and have all of our normal chores, inclusive of moving water. 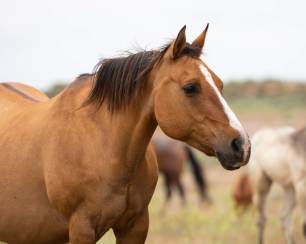 We are down to just a handful of mares left to foal, including our AI foal for this year. We had planned to ultrasound on Sunday, but that was postponed.