” What the country needs is dirtier fingernails and cleaner minds.” Will Rogers

Posted on May 26, 2020 by horseshoeangusranch

Monday was a beautiful, sunny day, it was a little rainy first thing, but that cleared up. TLC came and butchered a Hereford cow for some grass fed beef Monday, Toni, Anna and Kaine were in charge. All of the show heifers came up to the fence to watch. Monday afternoon we had a down pour and thunder and lightning, Toni, Anna and Kaine had chores pretty much done when I got here, I just opened the gate. The town of Connell actually got enough water to be considered “flooded” but we didn’t get that much water. Ben and Kicker brought big grass hay bales down for the yearlings, Double’s pen and King’s pen during the lighting storm, so we did not help them. Toni also had an interview with Capital Press on the basics of ag bankruptcies. 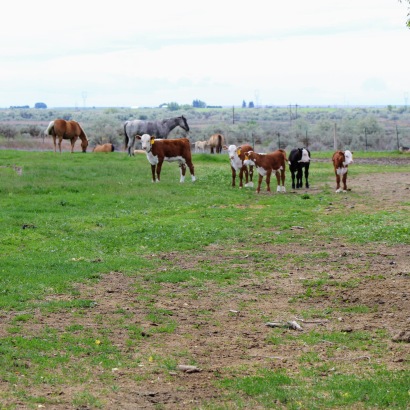 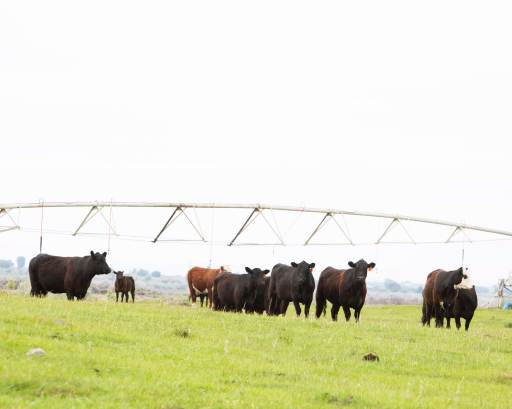 Tuesday morning was still rainy, we woke up to Lizzie having a cute buckskin colt, Gunner/Lizzie foals have Car gun names, so his name is Chrysler Crossfire. We needed to get some pics of Dolly for AQHA to file for lost papers, so we got all 4 sides of her. Toni, Anna and Kaine had most of chores done. Kade and Jaxsen were still with their other grandparents. Then we went to my house and Toni and I went out and checked on Sagebug’s pen while Anna and Kaine took care of the steers and fed the bottle calves. Next, Anna and I went down and Anna put her home remedy on Hottie’s sarcoids, Burning is getting to be a big boy and is not coming out with Hottie and is staying with his aunt Izzy, Anna is not happy about it. She loves that colt. We are all glad he is a colt, or Anna would ask her Grandpa if she can keep him and Grandpa would agree to basically anything Anna asks for. And that is the reason Anna has 2 yearling fillies, not 1 like everyone else. Ben and Kicker went down and got the Hereford bull in that is going to go to Colville and locked him in the corral. 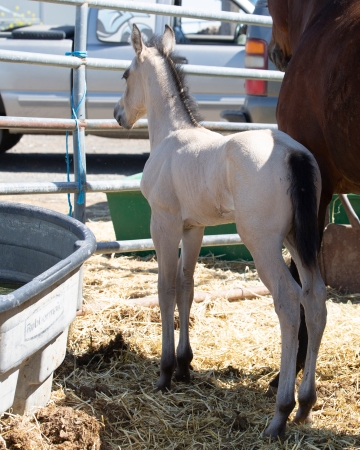 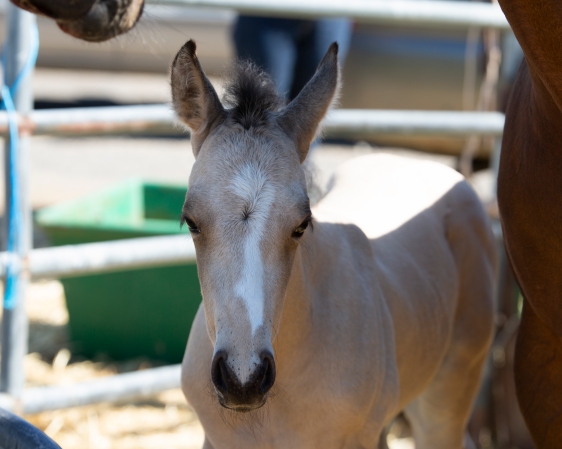 Wednesday we woke up to more rain, the desert country really needs it, it was starting to get pretty dry. However, I am sure people with hay down, or people that need to get their hay down, are not happy. Toni had mediation day, so Anna and Kaine stayed home to do their school work done. Mom and dad had to run to town for Dr appts. On Wednesday we got some pictures of a horse we called Lera, she is now called Annie, at her not new home. Annie is by Gunner and out of Stinger, so a full sister to Mil and Stunner. She is really a nice all around horse, goat tying, ranch horse, roping, you name it and she does it. Kade and Jaxsen were home Wednesday, so the three kids did chores, and Jaxsen did his chore, and I asked him if he missed me and he said no, so I guess he needs to stay at Grandma Sherris longer. Since Toni was in a mediation I took the kids home with me, when Toni got home she came to get them. 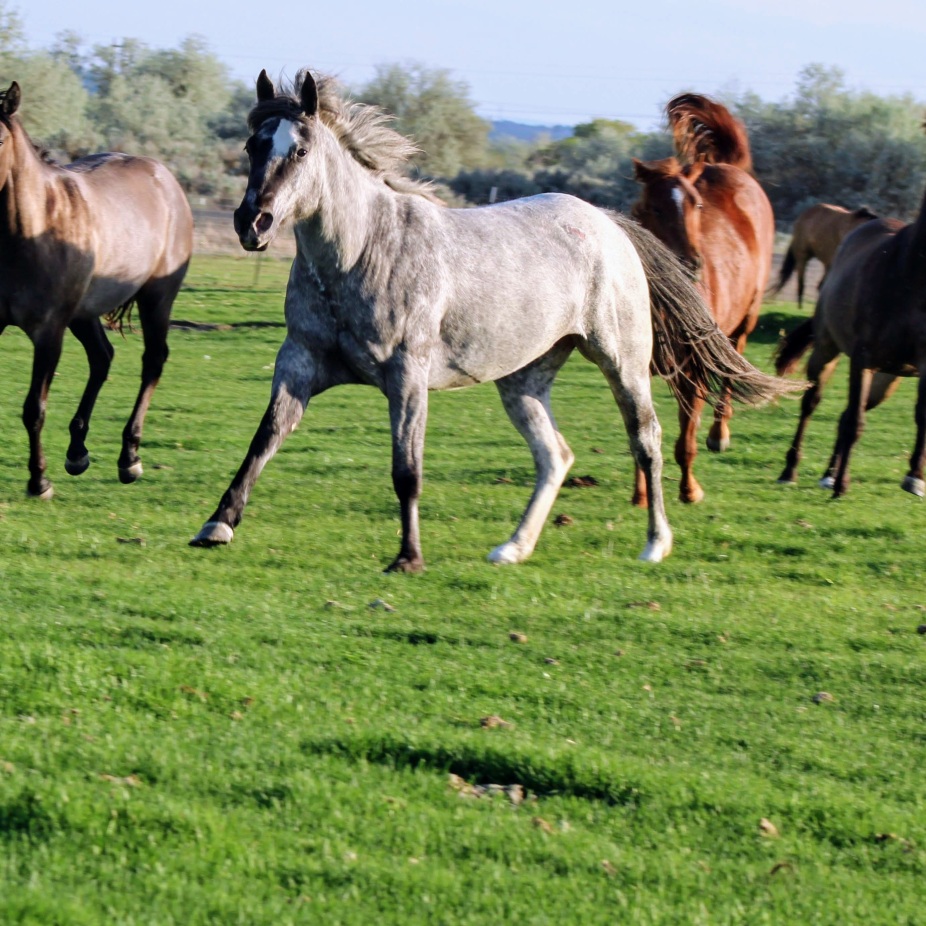 Thursday was cool and overcast, but not rainy. In the morning a POA mare arrived to breed to Dude. She already has a foal by a quarter horse stud at her side that is adorable. Dad and the boys took bulls and met Jeff Dawson in Davenport in the afternoon. Dad bought them burgers, and according to the boys they were the smallest burgers ever and there were no fries. So they were very thankful grandma had cookies made for them when they got home. After chores the three older kids came home with me to feed and work on their steers and clean out the part of the barn where their steers were. 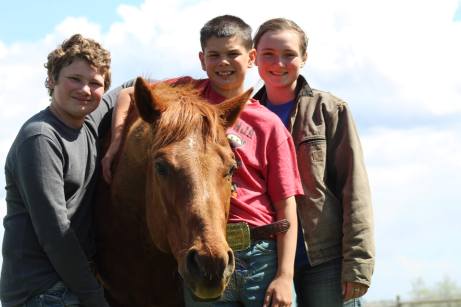 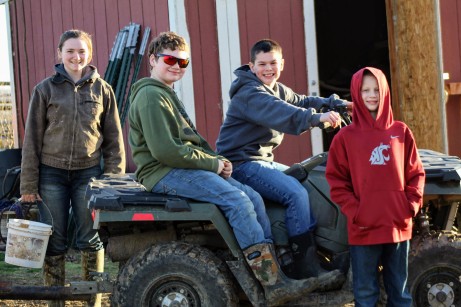 It was still cooler than normal on Friday. Toni had to go to court again on Friday morning, to continue a foreclosure. I got out Costco order today, so we have a few more weeks of groceries. After Toni got back from court, a couple arrived from central Oregon to look at the foals with their 5 year old daughter. So Toni, Anna, and Kade showed them the ranch and Toni took plenty of pics of the little girl, Maddy. They really wanted Firepower and he met their expectations so they bought him. 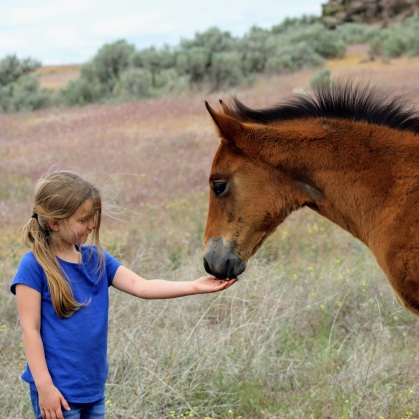 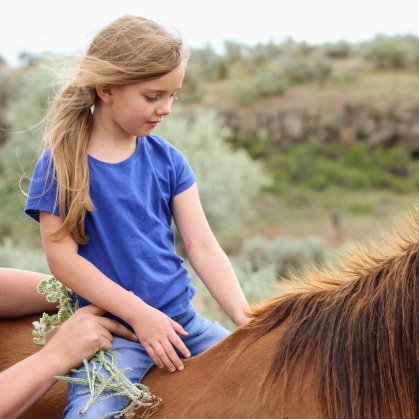 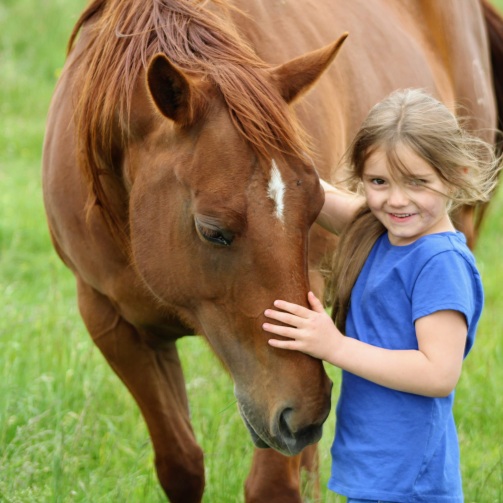 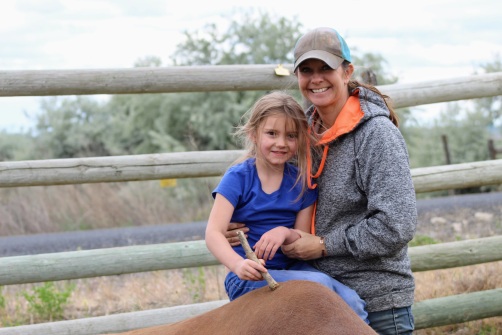 Saturday we had a full day, Ty left in the morning, he loaded like a champ, then I took Kade and the three older kids and I got their Angus heifers we bought from the Evergreen sale in, so we can take them on Filer in June. We caught them and they washed them and their steers to get them back into show shape. We also had more virtual videos to video to get uploaded for all of the virtual shows we are doing. 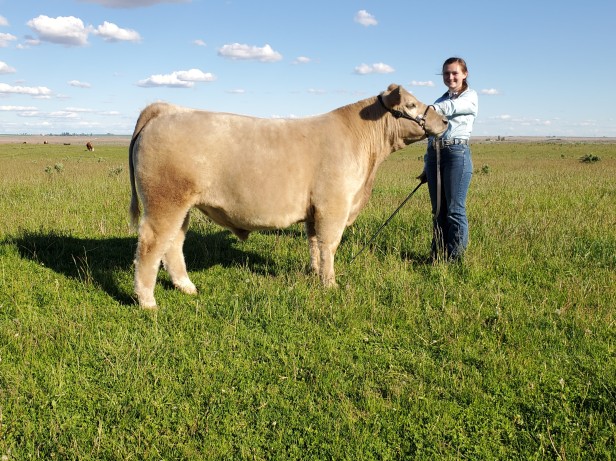 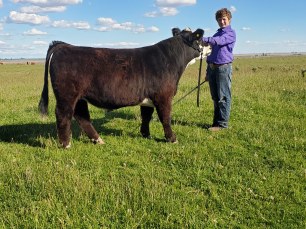 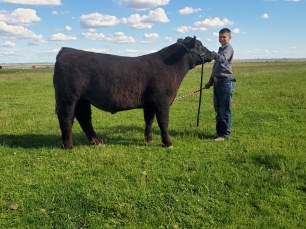 Toni showed horses, and sold Shiney New Bug. The gals that came Saturday had an 8 month old baby girl with them that Toni would have liked to have kept, but they would not agree. When we got done with all of that Coco took Anna, Kade and Kaine shooting, and I worked on the videos for the next three virtual shows. Leslie, Whitney, Mar and kids showed up to get Mar’s mare, bring Rocky the paint gelding, and switch the Hereford bulls. That should have been an easy transition, but somehow the Hereford bull we had, French Toast, had gotten out into the desert, but he was willing to come back in once we got the gate open for him. He is a pretty good bull to be around. Leslie brought us Scrat, which was a bull Anna showed about 5 years ago, so another tame bull. 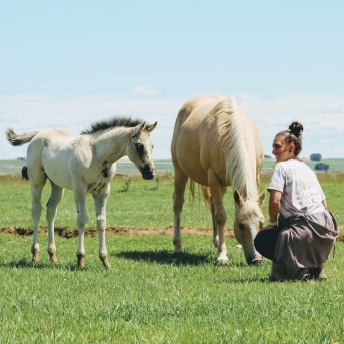 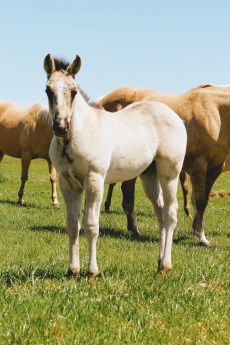 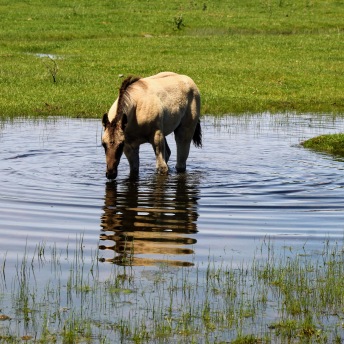 Sunday is when we celebrate Memorial Day, so first thing Mom, Dad, and Anna took off for St. John to decorate the graves. Anna let us know that the haystack had fallen down and smashed the fence. Sunday we were ultrasounding in the morning, so we got D and Hottie out of Leroy’s pen, hauled Dapple down from Sagebug’s pen. Anna, mom and dad stopped at Grandpa’s gravestone in Connell on the way back. Toni, Kaine and Kade helped Allie with the horses. 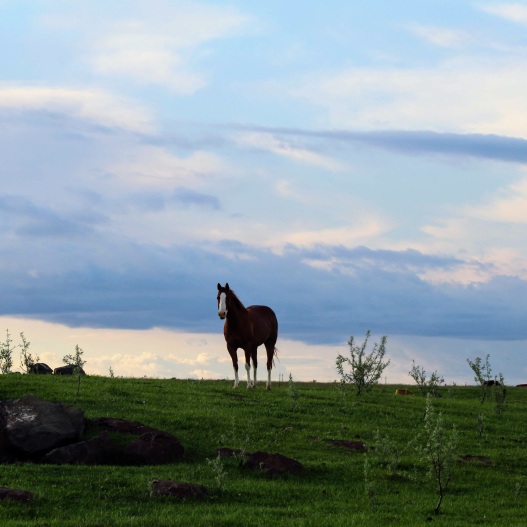 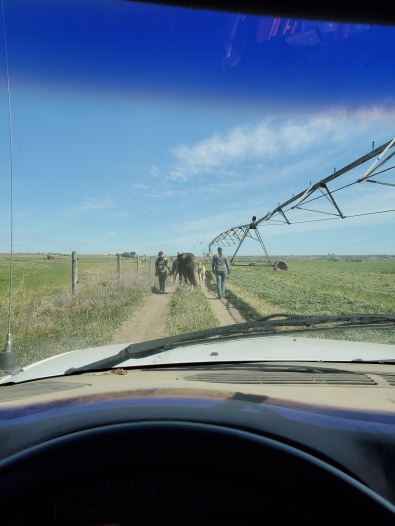 Elsie, our last outside mare, showed up about the same time as Allie, so I went up to meet them. We went down and looked and Leroy and then put Elsie in the corral. Our next group was there when I got done with that, or before, so we jumped in the blazer and went around and looked at all of the foals on her list. Gunner and his pen were hiding, so Toni had to come out and help us find them. We finally did. AJ is buying Walt. We were all starving at this point, but Kicker offered to take Kade and Kaine shooting so they forgot they were hungry and left. Jason showed up to get Dapple and take her home as she was 35 days pregnant, and the other big news was that Mil was confirmed in foal! So excited to see what she produces. Once we were done ultrasounding, Toni hauled D back to Leroy and grabbed Elsie and put her down there too. 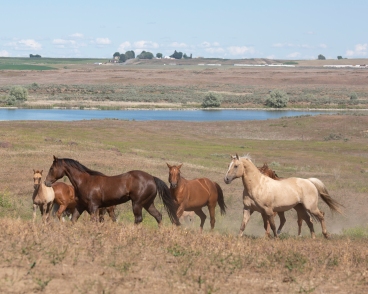 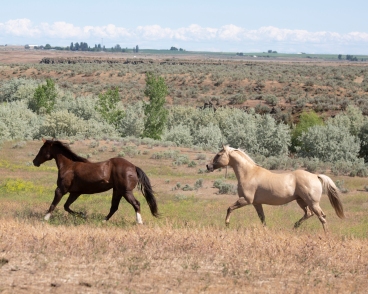 After all was done, we got chores done and finished out another very productive week. 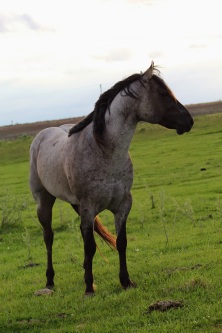 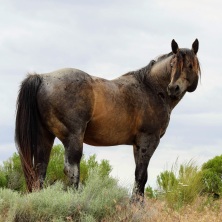