Thanks to Daylight Saving, the darkness at the end of the work day isn’t just metaphorical.

Posted on November 13, 2019 by horseshoeangusranch

Monday was a beautiful day, despite how early it got late that night due to the end of Daylight Savings. Yes, I am going to continue to beat that dead horse. If you did not read it the first time, it is my least favorite day of the year. Also on Monday, we had the steer of merit program to see how the steers did at the fair. Most of the steers we raised made Steer of Merit, the only one that did not was Kade’s, but we knew he probably wouldn’t, he was big at weigh in and did not have a high enough daily weight of gain since he was on a diet a lot of the time. Anna’s clubby steer, Hudson, was the champion for Benton Franklin, which he was the actual live champion there too so that was awesome. He was the trifecta as Anna won Showmanship, Market, and now Steer of Merit, as well as various jackpots. He was a pretty good buy! Kade is really excited that he got a steer from the same breeder for this next year. Then we stuck with our annual tradition, from when we were kids, and went to Dairy Queen after. Toni and Anna worked on the colts Monday while the boys did front chores and Toni and Coco did the back chores. The hay stack has been pretty wobbly and had fallen down and hit Toni the week before, and fell and hit Coco on Monday. We are now just knocking down bales and picking them off the ground.

Tuesday was another beautiful day. Toni and Anna worked on the foals and the boys helped with chores. It is really hard to get my steps in this time of year without doing chores, I actually need to do Just Dance or something similar in the house at night. Dad let us know that he is having shoulder surgery on December 3rd. I am trying to catch up on paperwork, so I got most of the foals we have not sold registered. Tuesday was also election day, making the news very interesting. The car tab bill in Washington passed (again) so we are supposed to have $30 car tabs. We have passed that bill multiple times now.

Wednesday was another beautiful day. Shawn came out and helped Toni with chores, well, she was late, so kind of helped with chores. Shawn lives in Utah now and was just up to visit her parents. Anna and Toni worked on the colts, Anna has taken over Double Down, he is typical Double baby, very sweet and easy. Mom says anything that is “normal” to halter break we complain are hard since we have been spoiled by the Double, Zink, Dude, Gunner and Leroy babies. This will be our first year with Sagebug babies, we have not halter broke any yet, but they so far have been very willing too. The boys did the front chores, Jaxsen fed Double. Ben and Kicker were in before 8, so the cattle chores and filling duck ponds went well for a change. Today I got the stallion reports done on Double, Leroy, Gunner, Sagebug and Dude. We still have a few outside mares that we are trying to get sent home. But really, breeding season is over. 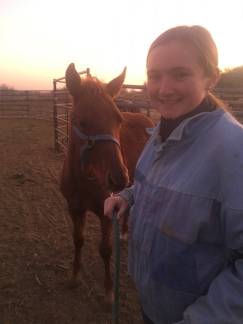 Thursday was a little foggy in the morning and chillier than it has been, kind of a damp feeling in the air, I guess one could say that it feels like fall. I continued working on paperwork, today I got Colonel’s stallion report done, and with help from Betsy at AQHA, got some registrations that were pending cleared up. The gym where the boys have basketball practice has been getting a new floor, so the boys have not had practice all week. Which means they get to help with chores.

Friday there was a Veterans Day Program at school that Jaxsen and Kade were both in, Jaxsen was in with cub scouts and Kade was singing, Toni, mom, dad and grandma all went. I went out to see grandma in the morning and then got my hair done. Then I came home to fix the fence around the weanling pen, a weak spot developed over the night. That took pretty much the rest of the afternoon. Toni brought the boys home from school, but they stopped to get milk shakes first. Jaxsen swept out the shed, Sammie the German Shepard had made a mess out of the grain, and Kaine helped me on the fence. Then, Jaxsen fed Double and Kaine and I worked on the foals until Toni got there. Kade was not feeling well after school so he stayed home to rest. Ben and Kicker worked on fence around the cornfield so we could turn the cows out after we wean their calves.

Saturday the boys had basketball games in Moses Lake, but Kade was still sick. Mom and Dad took Kaine so we could wean calves, I sent them with lunch money so they could go someplace good, but, they did not have enough time so they just went to Arbys. Ben, Kicker, Anna and I weaned the calves and turned the cows out on a different cornfield. We also sorted off the sold bred heifers and the beef cows. 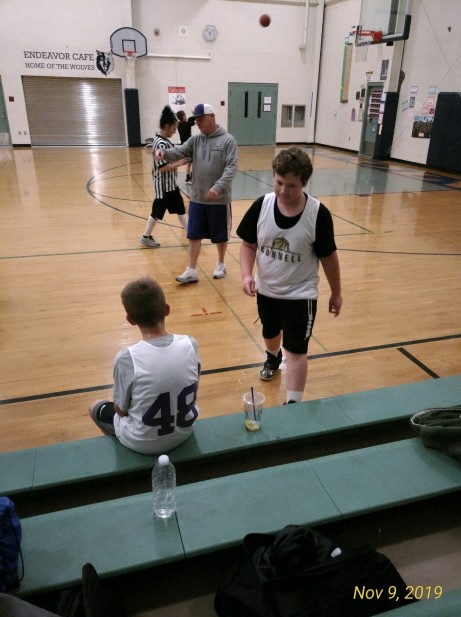 Anna and I also got Sagebug and his mares in on Saturday and we put Sagebug in a pen at my house and hauled the mares and the foal down to Mom’s. All of the mares out there, except Dyna, are outside mares that have not left yet. Toni got down there in time to help us worm Dyna and she took Sagebug to his pen. He was not happy to be pulled from his mares, but, was still super to work with and remembered his manner. He is really a fun horse to have around.

Sunday Kaine was sick. Ben and Anna went and got straw in the morning for the barn. I put the weaning weights into AIMS and submitted them to the Angus Association. Then, Whitney came over and got the three non-sick kids and took them over to Ady’s birthday party. Toni and I got the Colonel pen in, the last stallion out, and took him up to Toni’s house and Blue and Goldie to mom and dad’s house and weaned Ruthless. We also weaned Spot, so now all of the foals are weaned except the summer foals, and Dolly’s foal since she is not outs. We hauled 7 more mares out to winter pasture. So we turned Whim out in the big pasture with the horses left at the house, so he can get used to being in a herd. We took new pics of him before we turned him out. 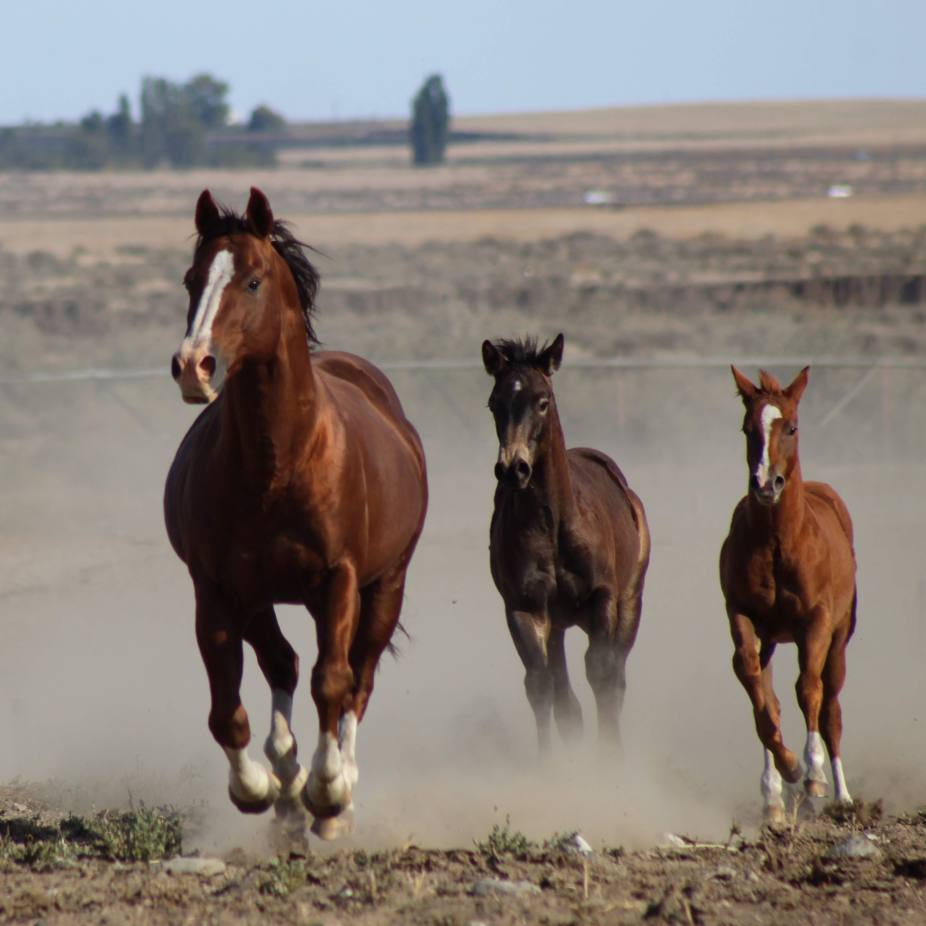 Overall it has been a fun week, with everyone getting back to normal. We are looking forward to having family out mid-November, our CA cousins, and a new uncle! Also, we have a report back about Beebee, Sonnys says she is doing awesome, goes anywhere he asks. Now we are debating who gets her when she comes back. 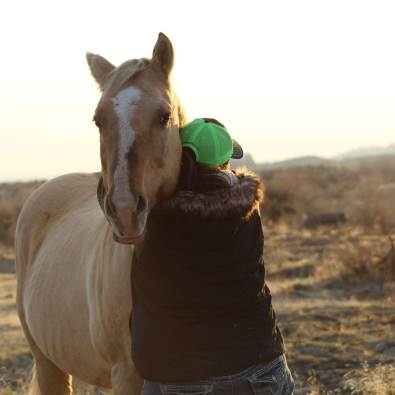