Posted on August 7, 2020 by horseshoeangusranch

KT Ray of Gunpower, “Ray,” is an enchanting colt out of Plain Dark Choclet, “Rudy,” and by KT Gunpowder N Lead. Rudy was shown back in her prime. She is a daughter of Just Plain Colonel, Earner of $52,676. He was a money-earner at the Tropicana 4-Year-Old Open Futurity, at five and six, 1989 PCCHA Open Challenge-5th, 1989 Gold & Silver 5/6-Year-Old Open Stakes-7th, 1988 Reno Western Open Classic-4th.1988 Bonanza Open Classic, 1989 PCCHA Open Top Ten He was a finalist at the 1988 PCCHA Open Tournament of Champions. He is the NRCHA #6 All-Time Leading Sire. JUST PLAIN COLONEL has appeared on leading sire lists every year from 1995 – 2007, and those lists have included reined cowhorse, cutting and reining! On the bottom side Rudy as Par three and Doc N Willy. Gunner is a roan dunskin son of Cue Bars Laddie, AQHA point earning and producing stallion. Gunner’s dam, Pistol, has been shown NFQHA, has been featured on rule book and in the NFQHA magazine. She is a great working ranch horse, rope horse, and the kids can ride her as well. Pistol’s sire, Gold Country Charro is a dunskin stallion that was shown in 1998 and 1999 in halter at local shows. This is going to be a colt with a great deal of natural skill and swiftness. He will make an exceptional arena prospect. Born 4/21/20. $3500 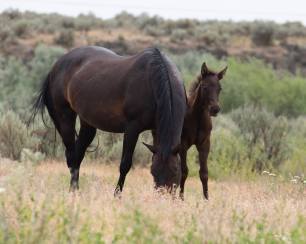 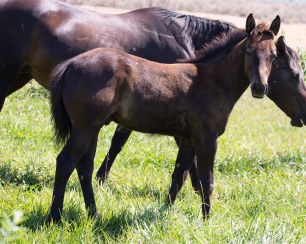 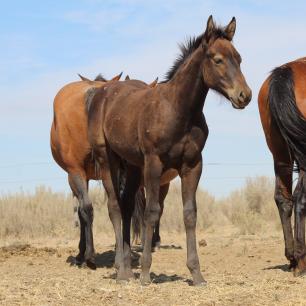