It’s a Great Day to Be Alive!

Posted on April 22, 2019 by horseshoeangusranch

Monday was definitely a Monday, Toni was on the phone all day about a big bankruptcy she is doing, she managed to run her cow into Sagehill Vet in-between calls. Kaine had a baseball game in at Connell, Anna had a tennis match in Pasco. Kade and Jaxsen did front chores. I went to Kaine’s game, and Toni did not get off the phone until 7:30 to do back chores. Anna won both of her matches. Kaine’s team played really well for their first game. Luckily we have great friends that will run Kaine in for me, I just met him and Maria, Luis, Aram and Daisy in at the game. Anna got home from her match and met us down there too. A dairy in the area had their parlor house burn down Sunday night, so my parent’s neighbors, Roland and Dalton, helped haul the cows to Quincy to be milked. Rolanda had called and asked to use our gooseneck and Red, so they hauled 890 cows. Luckily we live in a great community and lots of neighbors came together and got all of the cows hauled.

Tuesday, Toni called me in the AM to tell me Tessa foaled, and NO, I could not keep it, it is bay with a strip and she is 90% sure it is a filly. Toni can be such a fun killer! I let John have my blue filly out of Lura, yes, all of Gunner babies are mine. After chores we went out and checked to see what the foal was and it is a colt, such a disappointment. He is pretty cute though. I named him Top Gun. We just LOVE the Tessa foals so I was pretty excited when I thought he was a filly we could keep. Now that we have petted on him, he also looks like he is a roan.

Wednesday Anna had a tennis tournament in Connell, so I got off of work a little early and went and got mom and Kaine and we went and watched. Anna was playing doubles with her friend, Kassidy, we sat by Kassidy’s mom Becky, and cheered and embarrassed the girls the entire time. They won their match. The boys playing doubles next to them thought we were funny though and laughed. Toni had to head to Sunnyside early, but brought home carrot cake from Bon Vinos (best carrot cake around!). Toni was sure Strawberry was going to foal, but we went out and checked and no new foals. Ben and I are dieting, I am dong the optavia diet and Ben is eating low carb, I made philly steak stuffed peppers, and they were so good. It is a good thing I only made one for each of us, I think I would have tried to eat another they were so good. Ben is busy making food for the Spokane Jr Livestock show when he gets in at night, we have three one gallon bags of breakfast burritos as far. 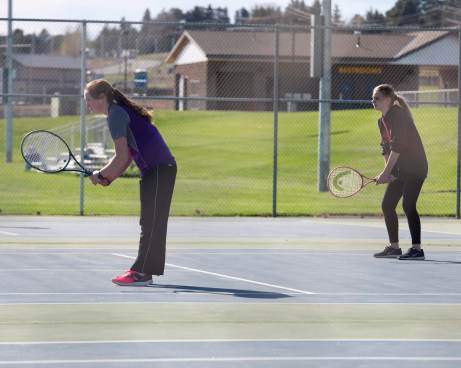 Thursday it was a beautiful day, two bulls left and headed to Oregon. No new babies. Friday, John H. brought Toni out her new puppy, a cute Idaho Shag/Border Collie female named Lucy. Kaine had a baseball game at 6, so I was late getting home. Toni took Anna home so she could feed her bottle calf and do chores. Toni also decided it was time to start building fence again, so Toni, Dad, Kade, and Anna put up a span of wood fence in the yearling colt pen. 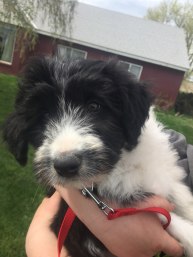 Saturday, it is a great day to be alive when you get to ride all day herding cows. Anna had to go and sell plants at the FFA plant sale, so she missed out. But, Toni, Kade, Kaine and I all got to ride and bring the cows in. The horses were not too bad for their first time out all since last fall. We had left Ollie and Riley in to ride during the winter, so we did not have to feed them all, and Toni rode Ollie since Anna was gone, so her horse was definitely fine, but, Slick, Bev, and Cad were all a little fresh. It was a GREAT ride.

We had the cow in by about noon, so the boys’ friend Aram came down after lunch and they took him for a ride, Kaine rode my horse, Cad, Aram rode Bev, Kade rode Slick and Anna was home by then and rode Ollie. After they got done they caught their Spokane steers and worked on them. Ben was working on the fence in the middle pen, so he watched them. 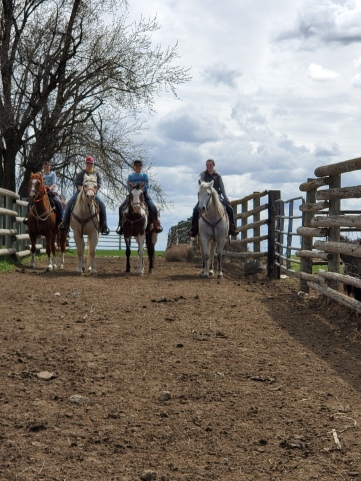 Toni and I went and got Sagebug and hauled him out, after Ben told us the fence was hot. We also hauled the last of the heifers to get bred, and two of the fall heifers down by Leroy so they would not get bred. We also moved stuff around so Bishop’s pen to the hill so they had more room, and Whim down to Bishop’s pen. We moved Gunner’s pen out to the desert, the cows in circle 5 into 6 and the Herefords out with Gunner for now. We moved all of the heavy mares into Circle 5 with some of the cows. We put Red Robin in with Bishop and moved Lura and Tessa in with Gunner. We did two days worth of work in one day, so we were home pretty late. 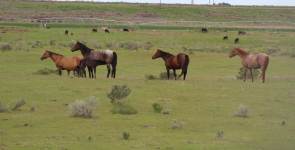 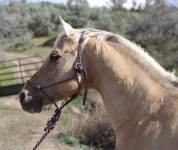 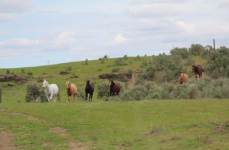 Happy Easter everyone! The kids had an egg hunt at mom and dads in the AM and then the Meachams with to Kicker’s brother’s house in Moses Lake. Ben, the kids and I went home to make dinner and then mom, dad and Skip came up there. After lunch Ben, Anna and I went out to check horses and found Dunny and Peanut. Peanut is my dream color, my first breyer horse was a dunalino named Peanut, thus the name. Twist was locked in at mom and dads, and mom texted when we were headed down to do chores that she had foaled, both mares had cute fillies. 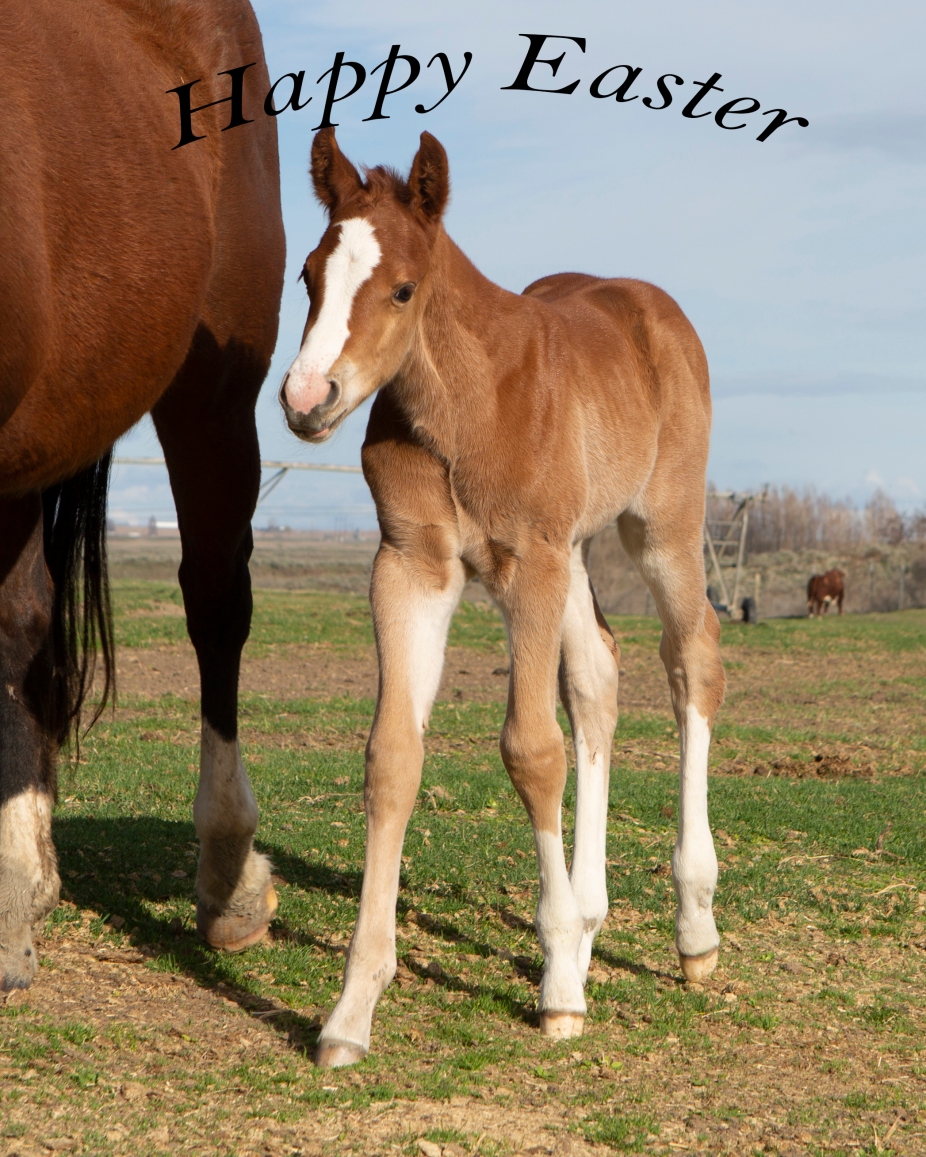