Posted on December 17, 2018 by horseshoeangusranch

Monday was the start to a hectic week. We found out midday Monday that Kaine had basketball practice, so I made a few calls, and found a ride home and Ben ran some clothes into him. So, he was not home to help with chores, but Coco was back for a week or two. So it was Toni, Anna, Coco and Kade. Monday also started out with a 2 hour school delay, so Dad ran the kids in. Tuesday was more of the same, with really icy conditions, but then it warmed up. Toni ran the kids to school on Tuesday. Tuesday basketball practice and carolers at Toni’s house. So Toni and Ben made hors d’oeuvres and we all went up there. Toni and Anna say that Dualin and Chips are doing awesome, Toni works on Dualin and Anna works on Chips. Wednesday was Kaine’s birthday, him and Anna got to start the day with dentist appts then Ben took them to iHop. Toni took Chips to the vet so she could get ready to go to her new home. Chips had never loaded before, or had her feet picked up, but Toni picked her feet up to get her in the trailer. She actually loaded really well and was great at the vet. Toni took Mom with her so that Mom could get Sam the puppy his puppy shots. Sam took the shots a lot worse than Chips. Wimpy German Shepard. Toni also went and got a couple of kittens that she felt she needed. They are big. 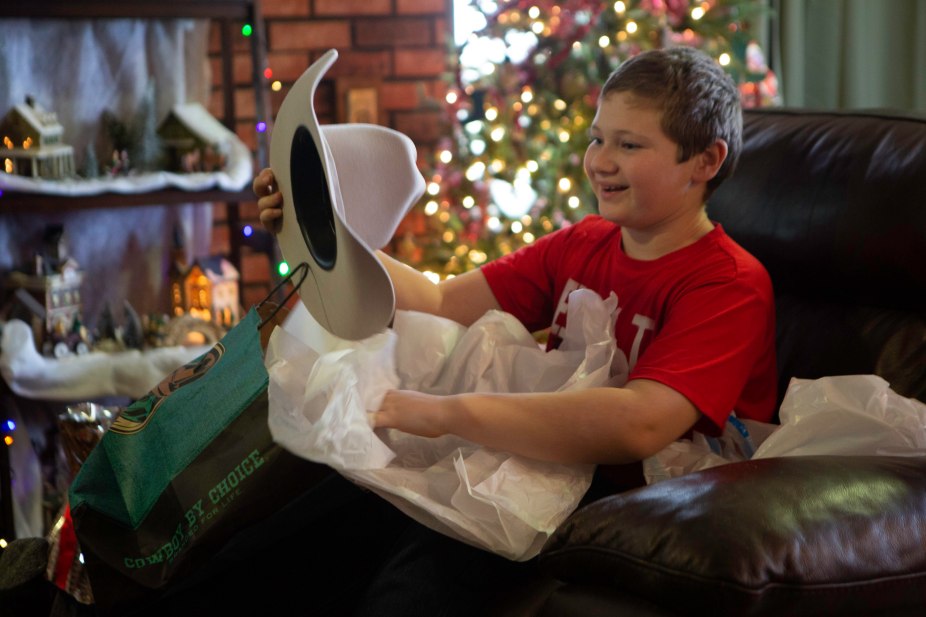 Thursday we had a troop meeting with Boy Scouts, it was Kaine’s last meeting, so he got a stocking hat and frosting beard. All our boys (including Aram) got badges. Then, as we left the church we saw a house so lighted up we were wondering if it was a house or a church. So we ran over and got pictures in front of it. 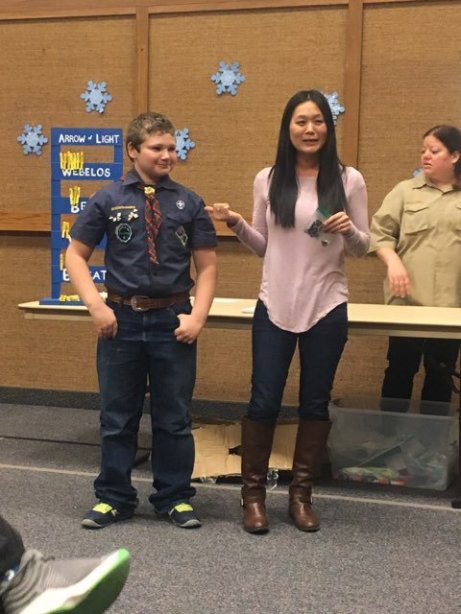 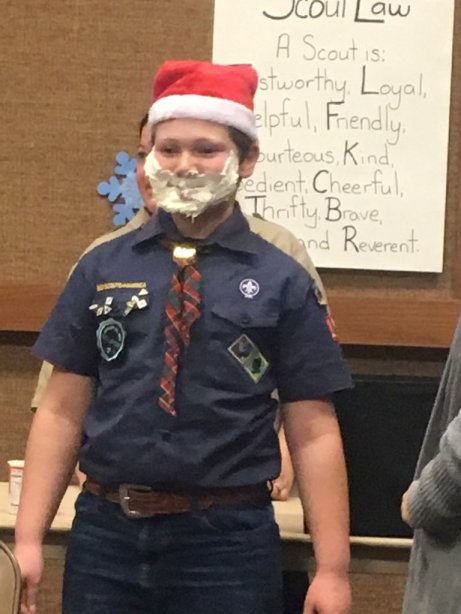 Friday, Toni’s little heifer had a backwards calf on her own. Those Stingray calves are little and vigorous. It seems like we are having about one calf a day, all of the AI calves from the first round are due today, so hopefully we have a whole bunch soon. We got all of the calves tagged and are ready for a new week. Then Toni and I worked on Chips and Dualin.

Saturday we worked outside most of the day. A coworker came and got some meat, we had to pull a calf, graft a calf, put Chips and Dualin back out, get Justified and Hollywood in. Toni and Anna both rode Buck. Lots of things to do in the mud. Also, we left Ollie and Riley in since they are easy to catch in an emergency, and they are out with the cows. So I just had Ben drive over and threw a halter on Ollie to get the cow in. He might rethink being easier to catch! But the sun was out, so no complaining.

Sunday morning the kids went with Leslie and Jolene Christmas shopping for us. Leslie started this tradition when the kids were young and they have loved it. The twins just got back from college and met them for lunch and went to a store or two with them. Toni got Chips back in and got her ready to load out. Toni and Kicker put out hay, it was so muddy that Toni got stuck a couple of times and had to be pushed out with the tractor. We got a delivery of hay so Ben unloaded hay. I ran to town and picked up a last minute Christmas present that Toni had ordered for me and got groceries, I would not recommend gong to Winco on Sunday afternoon, it was PACKED. 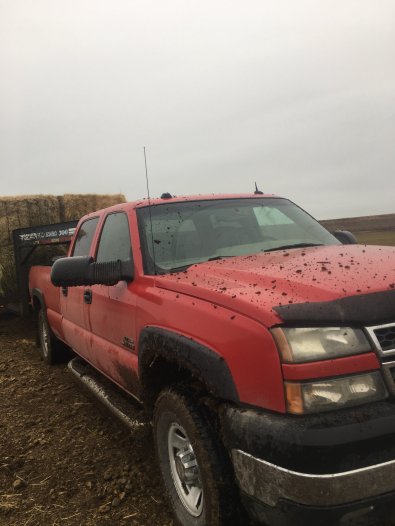 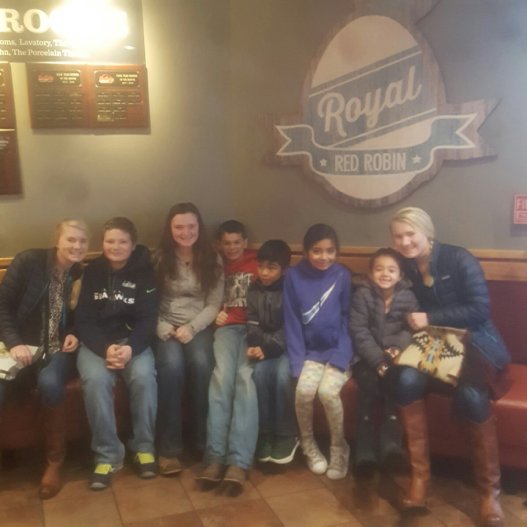 We also had Day 1 with Hollywood and Justified, they both did awesome. The Leroy foals have been great so far, very willing and smart and Justified is such a sweet boy. Then Toni and Jaxsen went to the Franklin County Cattlemen’s Christmas Party after chores. Kaine, Kade and I watched a movie and had hot coco (after feeding the calves of course). Stunning day here today. The sun is out, the wind is moderate. It looks and feels more like spring than a week before Christmas! 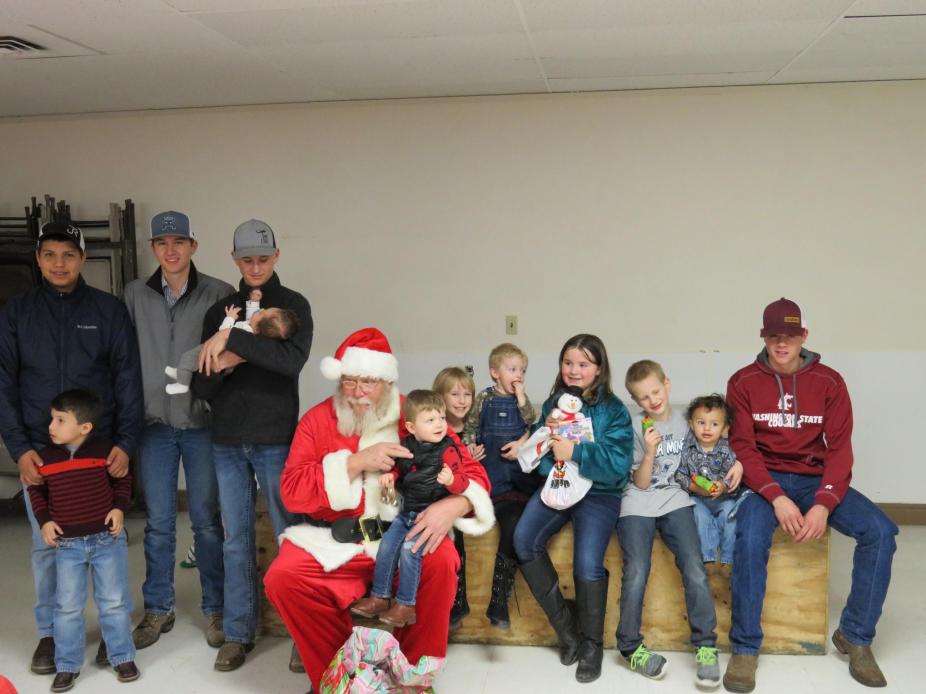