Posted on March 27, 2020 by horseshoeangusranch

Ammo is a swanky brown roan(?) colt out of Educated Downndirty and by KT Gunpowder N Lead. Educated Downndirty is by An Educated Guess and is out Plain Dark Choclet, “Rudy”. An Educated Guess, the highest earning son of Smart Chic Olena; he has 385 reining points, over $20,000 LTE, Highest AQHA Reining Point Earning, Sixth on the list of ALL TIME LEADING AQHA REINING POINT EARNERS, AQHA World Show: 1999 – 4th Senior Reining, 2000 – 11th Amateur Reining, 2002 – 9th Senior Reining and multiple AQHA & NRHA Circuit Champion. Rudy was shown back in her prime. She is a daughter of Just Plain Colonel, Earner of $52,676. He was a money-earner at the Tropicana 4-Year-Old Open Futurity, at five and six, 1989 PCCHA Open Challenge-5th, 1989 Gold & Silver 5/6-Year-Old Open Stakes-7th, 1988 Reno Western Open Classic-4th.1988 Bonanza Open Classic, 1989 PCCHA Open Top Ten He was a finalist at the 1988 PCCHA Open Tournament of Champions. He is the NRCHA #6 All-Time Leading Sire. JUST PLAIN COLONEL has appeared on leading sire lists every year from 1995 – 2007, and those lists have included reined cowhorse, cutting and reining! On the bottom side Rudy as Par three and Doc N Willy. KT Gunpowder N Lead (Gunner) is a son of Cue Bars Laddie. Cue Bars Laddie is a roan stallion that has been shown as a reiner, cowhorse and rope horse. He was the recipient of the Open AQHA All Around Trophy and is a CCHA Hall of Fame Horse. Gunner is out of Charros Dandy Miss (Pistol) who was shown NFQHA and local shows. Great cow horse/ranch horse/rope horse. Gunner has greats on his papers like Peppy San, Doc O’Lena, Dandy Derby, Docs Jack Frost, and Imperial One. Broke to ride in the Allison Trimble program and a very nice stallion. He was born 3/21/20. $3,500 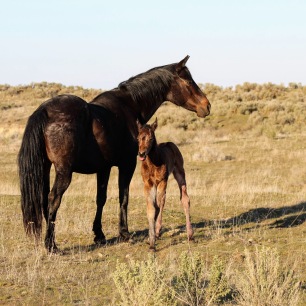 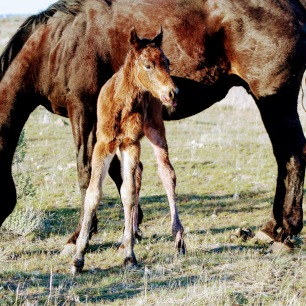