Another week has flown by.

Posted on October 16, 2018 by horseshoeangusranch

Monday, Sonny had a soccer game so I worked on Golden and Flatliner on my own. Golden was golden, easiest colt. Flatliner was a normal Sissy, very smart and quick. Tuesday Toni worked on the foals on her own, the boys had their last football game, Kade played Royal and Kaine was Connell vs Connell. Also on Tuesday Anna got her braces off, very exciting. Wednesday we were both there to work on the foals and they did awesome. Thursday I went to Ranch and Home after work to get shavings for the Evergreen show, so Toni worked on them by herself. Toni always loves the Sissy foals, and she has always loved Golden. Both of them have met or exceeded expectations. 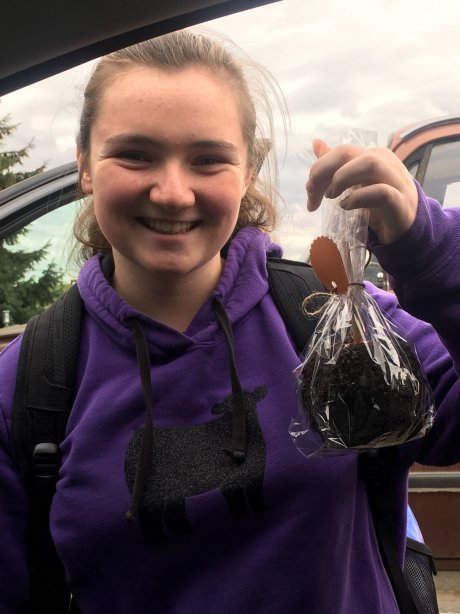 Big day Friday, we hauled into the Evergreen sale in the morning, we took one heifer, Lily. We got all set up and Toni came home to do chores and get the boys. Coco came to help her so Coco could do chores and work on the foals on Saturday. Kaine, Anna and I stayed there for the exhibitor meeting. Toni, Kade and Sonny made it back just in time to go to the banquet. Sonny likes to put his hand up during auctions. The good news is that the auctioneer has been friends of the family for years, so he did goad Sonny on, but didn’t accept the bid. We are considering leaving Sonny home for future auctions. Then in big news, our cousin Traci had her daughter, Kayla Marie, we can’t wait to meet her.

Saturday morning the kids had livestock judging, Jaxsen was second and Anna was third in the Jr Division. That means that they get gift cards for the sale. Then the sale started at 12:30. Our friend Meghan came and hung out with us there. She is not a good sale influence, we may have overspent a touch. But, we have some great show heifers for next year. Kade bought Lily back, so he gets to show her in the Evergreen shows; Kaine bought a really nice Insight daughter from Steve Jachetta at Castle Ride Cattle Company. We got Jaxsen a really nice May show heifer from Rusher’s 4R Ranch, Anna got their other May heifer. Both of them are by PF Counsel 643T 3514. Then Anna bought a January heifer by Musgrave Big Sky from Gayle Suksdorf of Willow Creek Angus and we also got a heifer for a 4H member from Gayle as well. Anna got a Daddy’s Money son from Aldersyde Farms for a show steer. That is a long list and we were only supposed to buy 3 heifers and a steer max. We also met a great family from E-burg that stalled with us on Saturday and Sunday. Keely is a great little helper and we look forward to having her with us at future shows.

Sunday was the big show. Ben hauled 7 more head in for the show that we had already entered. We also had invited the 4H kids to come, so we had Aram, Adrian, Bella and Nadia there helping and showing. The kids all did great. Anna’s new steer won his class, Kade’s heifer Lily was second in her class, and we had a lot of heifers in Lily’s class, so I don’t remember how they placed after Lily. Kaine was third with his new heifer, the two May heifers were third and fourth in their class. Anna was second and Aram was third in their class with the big heifers. Kaine was in the top 4 in the Jr Championship round. All of the kids showed awesome. It was really fun to have the four extra kids come and get extra showing time for next fair season. 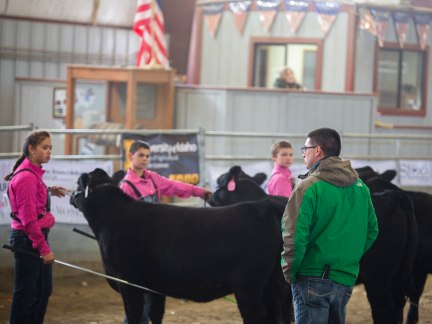 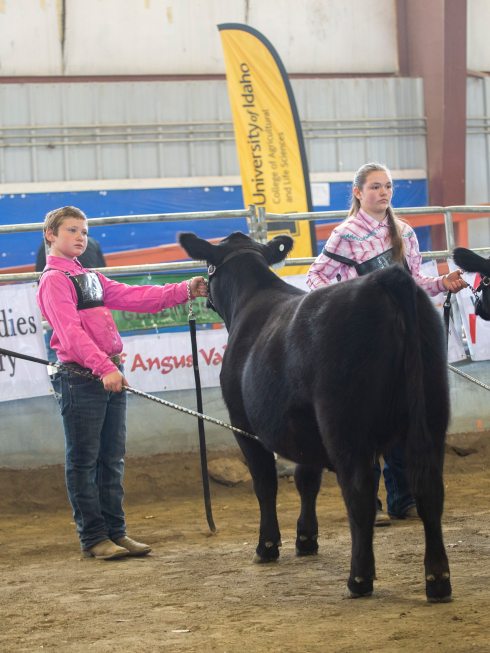 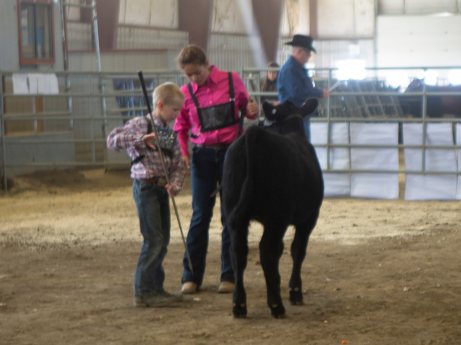 Toni left at 1 on Sunday to go back and load up Flatliner. She came back to a catastrophe. For some reason some of the foals had gone over our no climb horse fence (that is 5 feet tall). We specifically had purchased and installed this type of fence as it was supposed to be safe for horses and foals. Let me assure you, it is not. We are pretty upset about what happened and that this fence completely failed. She had to rush three into the vet and Dr. Jacobs was nice enough to meet her in at at the Sagehill Vet Clinic in Othello. She got home at almost 9 that night. 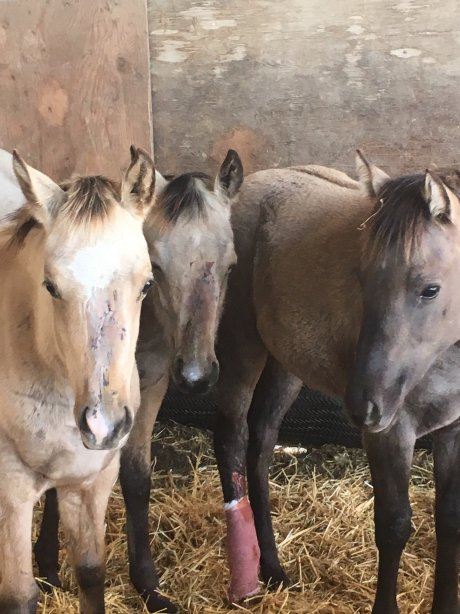 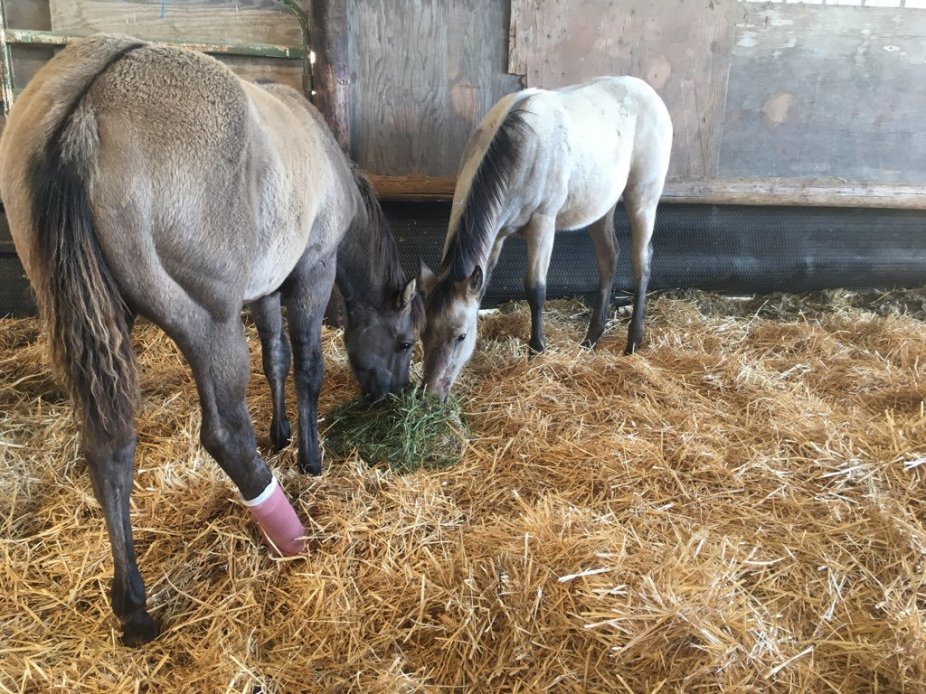 Monday was Sonny’s last soccer match, so now all the boys are done with fall sports. No news yet if any of the four kids want to play winter sports. Golden left and the kids and Toni haltered the next two foals to get halter broke, Coco Bean and Sweet Annie. Hopefully they are as good to halter break as they were to halter. We will find out tonight!