Posted on April 1, 2019 by horseshoeangusranch

Back to school and work, Kicker went to Boise Sunday for a Monday meeting, then headed back on Monday afternoon. Anna had tennis, the boys are starting baseball soon. Sonny was finally feeling better last night after being sick for a few days. Ben got home to one of our recip cows having calved, with twin heifers. The kids are excited to have a bottle calf again. In addition to the twins, both Mavis and her mom calved Sunday night with bb calves. Monday we also put Shiney in with Sagebug. We will see how that goes. We have tried to breed Shiney to a horse other than Colonel before and it has not worked. So far she is acting ok. Spotty loves being near the house so he can have his human slaves pet him daily.

Tuesday was the last full day of school for the week, a half day Wed and then spring break (allegedly 2 days are conferences but no school is spring break in our book). There are still no new foals, at least there are a couple of calves. Wednesday was parent teacher conferences, all of the kids are doing great, conferences were pretty short. Dad, Kicker and Toni took the 4 kids to Michael Jays for lunch. We had three more calves Wednesday, an Angus, a Braford/Angus and a Hereford. Coco is back form CA, I brought her home from work with me. Maybe she will inspire some horses to foal??

Thursday the four kids went with Toni to Farm Fair at the TRAC in Pasco. Jaxsen was so bored he fell asleep under one of the tables. Toni found out one of our favorite steer showing kids, Daniel from Finley, is joining the military after graduation and will not be at the fairs this year. We are sad he will not be there, but very happy and proud of him. Toni took them all out to Sonic after for milk shakes and pepsis. They were all so exhausted they needed some caffeine for chores. Farm Fair is put on by the local Farm Bureau and it is an opportunity for schools to bring their 5th grade classes in to learn about agriculture. The groups rotate every 7 ½ minutes to different stations. There are 2 sessions each day and Farm Fair goes for 2 days. There are approximately 1500 students that come through in those 2 days. It is a great chance for us to teach kids about beef and why it is important to them and their daily life. 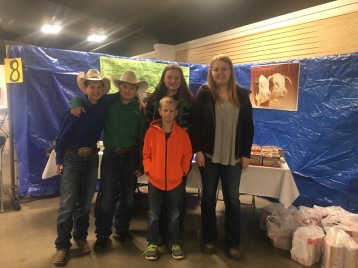 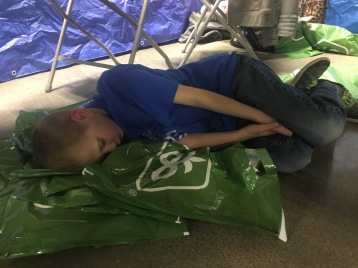 Friday Anna went to the Farm Fair with FFA and worked in the alfalfa booth. Dad took her in to Connell and Toni went and picked her up. Luckily we have a lot of help with getting everyone where they need to be. Also on Friday, Twiggy had a cute colt by Dude, I think we should call him Stick. Toni and the boys worked on the three Spokane steers. They wanted to go back to Farm Fair with Leslie, but Toni told them that they needed to work on their steers. Leslie had Daniel in her booth helping her.

Saturday Chad came out in the morning and we got all of the riding horses trimmed or shod, and the two mini yearling fillies trimmed. The kids caught and washed their steers while Chad and I worked on the horses. We had an outside mare come in on Saturday so Toni went and unloaded her and her and Ashley took the tour.

We had 400 head of yearling sheep arrive to eat down a grass seed field which is very new and different for us. I can’t remember a time we have had sheep on the place. We went down and helped unload the sheep which took about an hour and a half. It was interesting. Now we just have to watch their water troughs, the fence, and the dog food for the guardian dogs. We get to check them at least once a day while they are here.

After the sheep, the kids and I caught the show heifers, who are not happy about it. Then we worked on the steers and heifers and took everyone for a walk. Toni and Coco hauled Shasta in with Bishop, Bebe home and one of the fall calves to stay down with Kendel’s bull. We also wormed and West Niled all of the yearlings and moved the colts to their own pen, which they proceeded to run out of. We got the fence fixed and they were in for the night. They did not do too bad for not being caught all winter and having to be led around the house with the kids, dogs, and ranch stuff all over.

Sunday we woke up to a miniature horse filly out of Foxy and by Dreamer, each kid claims a mare and Foxy is Kaine’s. He has not decided on a name yet, but Loxy is the front runner as of now.

Sunday we had another outside mare come in to breed to Bishop. When Toni when down to get ready, she noticed Louie was out and the colt pen fence was broke again. She caught Louie with a piece of string and fixed the fence, again. It usually takes 2 times of them getting shocked before they catch on that they can’t run through the fence. So we expected to fix the fence about twice, that has happened, so now they had better stay in! We had a bull leave, and one leave Saturday. We had to sort the fall calves that we weaned last weekend, the bulls thought the heifers were coming in heat. We went out and checked on Leroy’s pen and got hugs from Trump, he missed us so much. Once we got back we decided to move Whinny over with Double, move Kool with the fillies, and halter and work Jag and Rich. Time for them to get halter broke! Then we went and did chores and checked the desert. The three boys went with Coco for a walk while Toni, Anna, and I finished with work and checking. The desert is simply beautiful in the spring with a calm beauty and fresh grass, if you know where to look there is plenty of wildlife to keep a nice walk interesting. 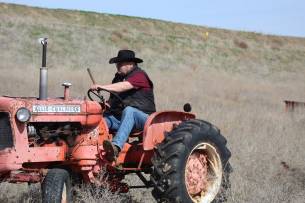 We are all super hopeful for foals this week and maybe those last few cows could calve! With spring in the air it is time to get those foals on the ground and get this show in the road. 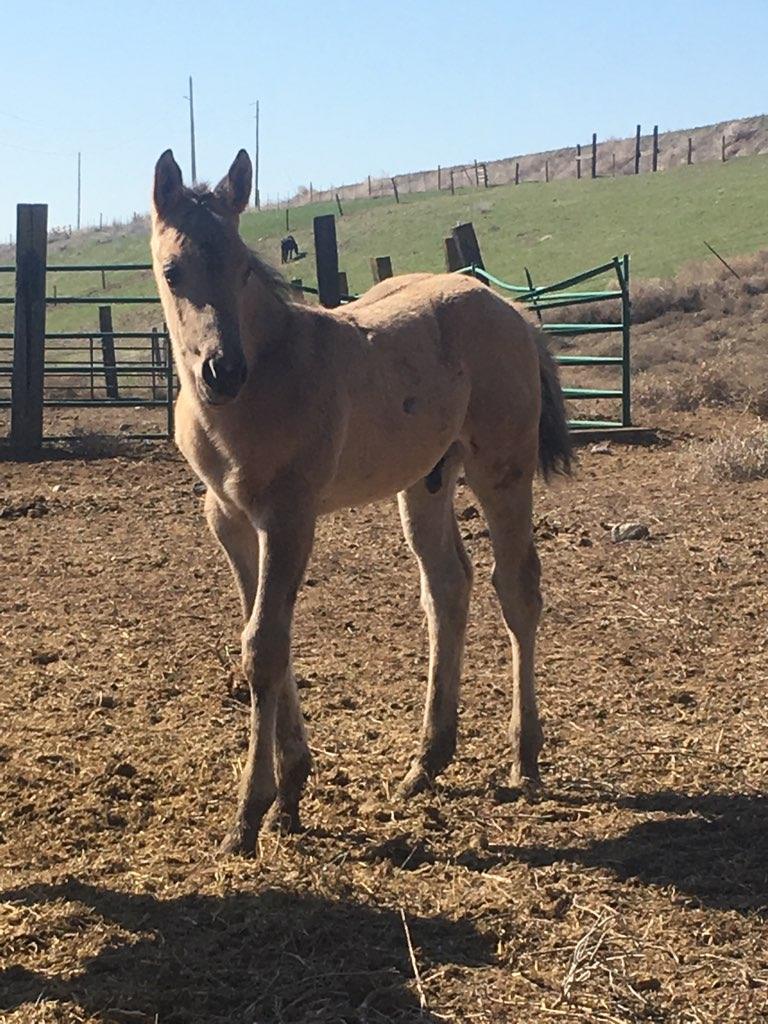