“Love the trees until their leaves fall off, then encourage them to try again next year.” ― Chad Sugg

Posted on October 24, 2019 by horseshoeangusranch

Kade started basketball practice Monday, and Toni has had an issue lately of writing the wrong time down. So he started out his basketball season being 30 min late to practice. He was not happy. Kaine and Jaxsen did front chores and Anna helped Toni and I work on Snip, Berreta and Lily. It is definitely getting dark earlier.

Tuesday Toni and Jaxsen went to Wanapum Dam on a field trip. We also had the Football Banquet Tuesday night, so the kids did chores and Anna and Toni worked on the three foals. Anna took Snip over, he is a lot like Jac Jac. 2020 will be our last year with Bishop foals, so if you want one, you had better get them while they are hot. The banquet was great, the 6th graders got trophies since it is their last year in Grid Kids. 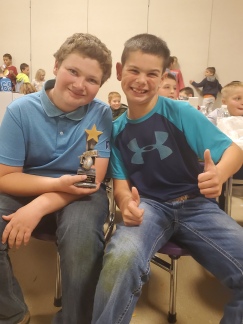 Wednesday Toni took Lily and Jac Jac to see Dr. Sheena Campbell-Sorenson in Othello to get checked out, shots, etc to go to their new homes. Both were rock stars. Stick got a shot too for his trip. Sonny had cub scouts, the other kids were home to help with chores and halter breaking. Jade took Sonny to and from Scouts, thanks Jade. When I got home Anna and Toni were loading all of the halter broke foals and the foals getting halter broke. Most did really well. Three of them had only had halters on since Sunday, but they are all really willing, giving foals that want to please. So far the halter breaking has been going great- knock on wood!

On Thursday Toni had a meeting in Union Gap with DOE. Ben took Kaine and Kade to basketball practice, but Toni was home in time to stop and get them. Anna and I did chores, and worked on the foals. Jaxsen helped by feeding Double. Ben and Kicker have been out late this week. Getting the last few rounds on the circle before water is off on the 22nd has not been easy. Our irrigation circles are old and want to be done for the year.

First thing Friday, Baretta went to her new home with Roy and Christy. Baretta is a big, pretty, smart filly, and has been really fun to work with. Roy and Christy are new friends to us, but they are good friends with many of our friends, so it has been fun to get to know them. Chad Whetzel came out to get a few trims and a shoe in since he was in the area. Ben and Kicker got Cad in for me on Thursday and put her at the house. She is getting old and needs shoes to stay riding sound. If I am not riding her Kaine is. I guess that is what happens when you have a good horse, your kids steal them. Anna steals Jeanie Riley’s horses, and Kade has Slick, who was at the WP Guest Ranch for a few years. When I got home from work, Anna and Chad were down at the corral trimming Kool, and Toni and the boys were starting chores.

We woke up Saturday to rain. Mindy was coming to pick up Riley to use for the weekend, but she postponed until Sunday. Ben, Anna and I went around and checked the bull calves and the cows and heifer calves that were out on corn stalks. At noon we had a big September/October Birthday/Halloween party. So we got ready for that, packed up some chairs and headed to my grandparent’s house in Connell. It was rainy so we had the party in the show barn. Whitney and Shelby did a great job decorating it, it looked AWESOME. Leslie and the yomigas had lots of games set up. It was a great party. We went in and saw Grandpa and Grandma and Grandpa wants the kids to halter break his shorthorn steers and for me to set up a Facebook page to sell the steers on. That guy has always got a plan. And if you saw our post this morning you will he passed away Monday morning. So we are so happy to have gone in and heard all about his plans. 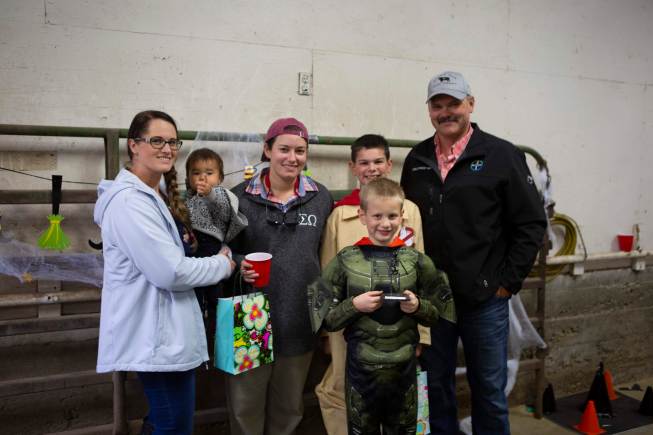 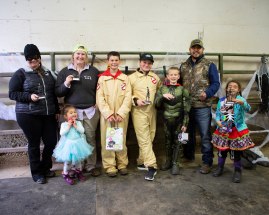 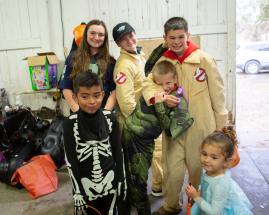 When we got back on Saturday Jac Jac (the horse, not the boy) was headed to his new home. He loaded in the rain like a super champ and was great. Anna and Kade went and got him and brought him to the trailer, he has been such a great boy, they were sad to see him go. We are really excited to see what Shady and Double have, even though Toni tells me to quit saying that, that I am jinxing them. We got Bing Bang Boom in also on Saturday and put a halter on her and put her in with Stick, they are leaving next weekend, along with two of the miniature foals.

Sunday was a beautiful day, well at least most of it. Kade came down and Ben and Kicker helped the kids catch all of the steers and heifers. Then Anna, Kaine and Kade washed Foxy, Kissy and Sylvia. I caught Cad, Riley and Bev, Mindy came, and I told her she could pick between Riley and Bev to borrow, she took Riley. Then I saddled up Cad and went down and started getting the bull calves in, with the help of the dogs. Kicker and Ben stayed and helped the kids for a few minutes get set up to clip. Then they came down and helped me get the bull calves in. The three kids clipped their heifers while Ben, Kicker and I worked the bull calves. Then we broke for lunch. 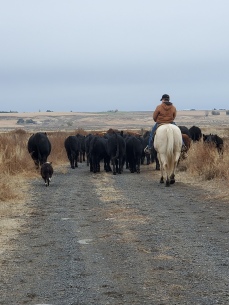 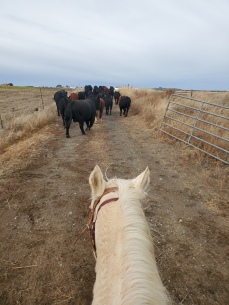 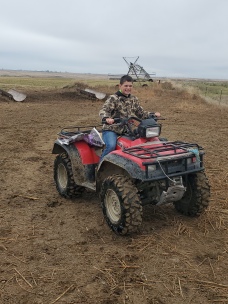 After lunch, Toni, Anna, Kaine, Kade and I cleaned out the trailer. Then we worked the last few big bulls and the show heifers. Kaine, Kade and I chased the bulls back down, Kaine stole my horse since he thinks she is his horse now. Kade and I rode the 4 wheeler. Toni, Jaxsen and I then went down to circle 5 and hauled the 4 mares and foals that were out there home. We dewormed the open mares in circle 5, and took 5 more open mares back from the house to circle 5. We also weaned Chica, Cue, and Scotch. We still need to wean Posie, Summer Sky, Double Down, and Cutter, but we were running out of time! Anna, Kaine and Kade stayed at the house to sort through their tack. Then we had Sonny’s 9th birthday party. After that, Ben, the kids and I all went to Warden to get Kaine’s steer that caught a ride with some friends to get here from Montana. Kaine has named him Smithers (James Bond theme this year). It was a late night Sunday, but for the most part we got everything done that had to be done. Isn’t that the name of the game? Get the necessary stuff done and hope for enough time to get some of the other stuff done too? 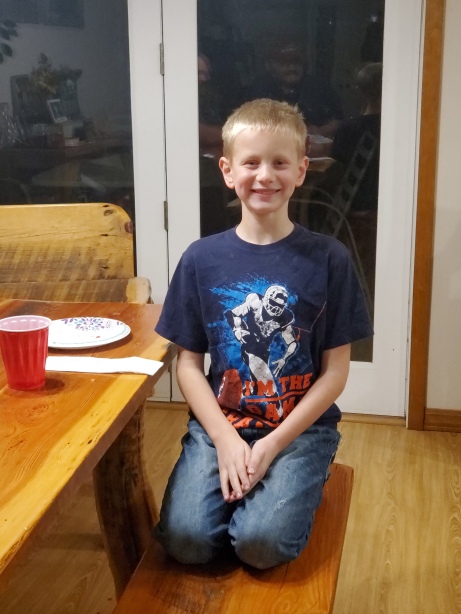