Appreciating what you have

Posted on March 4, 2019 by horseshoeangusranch

More snow Monday, and more snow and more snow. At the end of the 10 day forecast, guess what, calls for more snow. The foals and mares are tired of being locked in the barn, but at least there is a barn to lock them in. Toni took the kids to school so we did not have to worry about the bus, she said 260 was horrid. Then she went out to check and plow through the snow drifts. The kids got off early, Toni went back to the school and picked them up. Then Toni and the kids did chores. The loader would not start so Ben and Kicker game down and got the tractor. Toni, the kids and I went to my house and we put new straw in for the foals and calves. Then Ben and Kicker called, they were stuck feeding and we needed to come out and get one of them to come back and get the tractor. Red is now chained up to try to make it. We had one calf that day, he was born in the heavy pen and had straw, and is doing great. 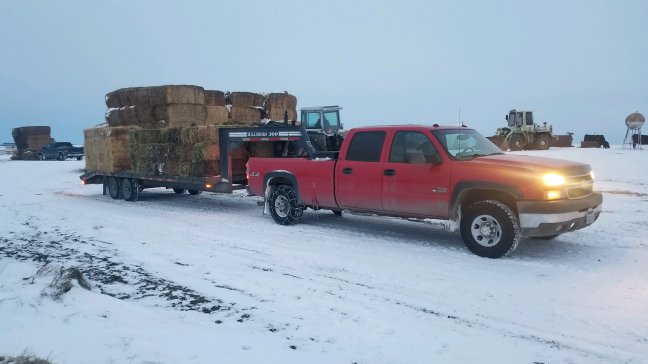 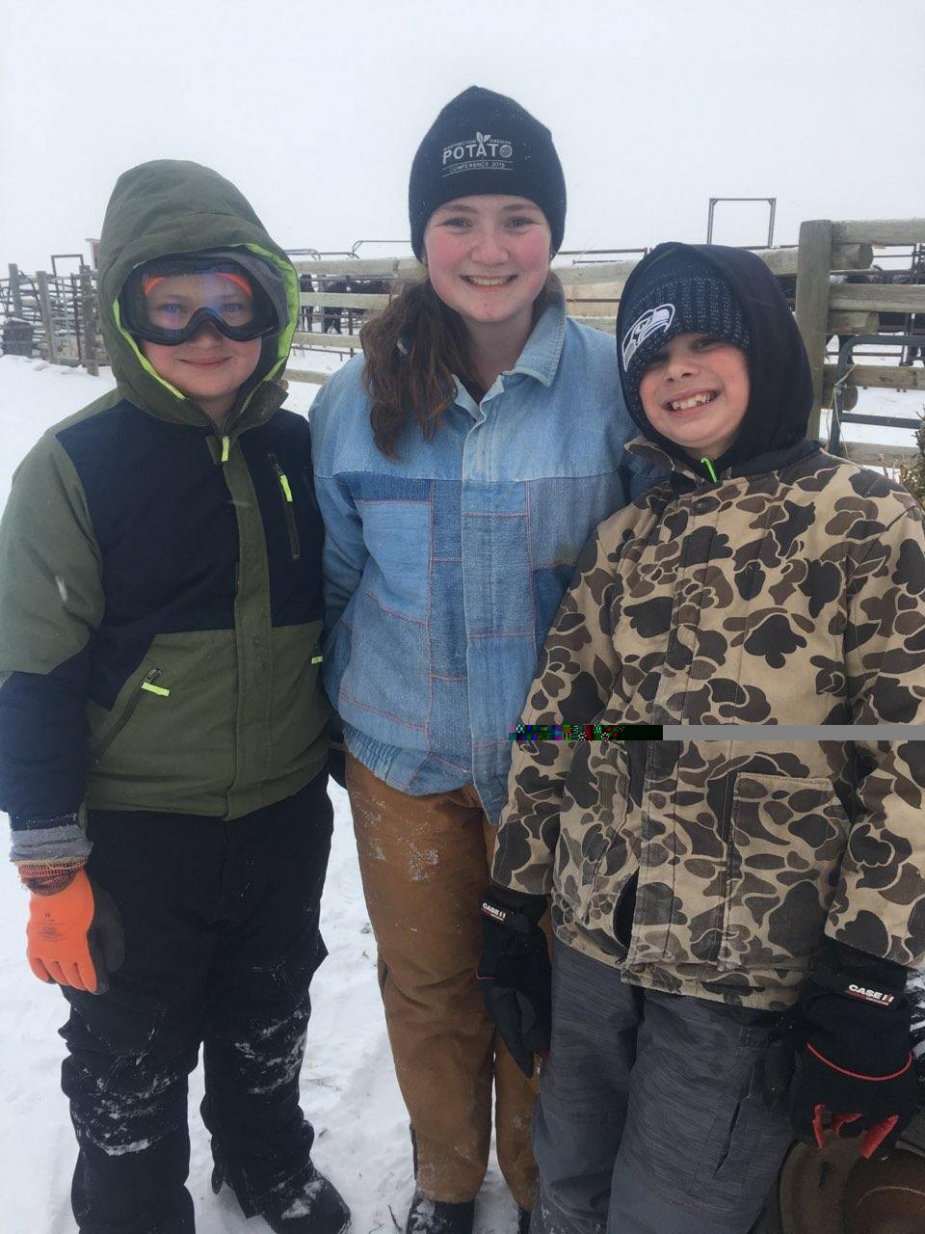 No school, too much snow. We actually did not get any snow today during the day light hours. Anna was sick so Toni left her home and did not take her to help work. Toni and the boys were busy, feeding, check, etc. On Facebook we found a really cute picture of Kaine on the 4H website. Then, when they were out in the desert Toni’s pickup started on fire. Luckily everyone is safe. But Toni lost her camera, Dewalt 2ov power tools, and Lucchese boots (yes, she packs them around in case she need to jump on a horse and take off her snow boots). Ben and Kicker dukes of hazarded it out to them when Toni called and said her pickup was on fire. But there was no saving it. The pick-up was gone. Then they got to the house to do chores and the 4 wheeler would not start. So when I got home dad was trying to hook the 4 wheeler up to the battery charger, so he and I did that. Then we locked Cleo up with a shed since she is getting heavy. It was a long, long day that could have ended a ton worse than it did, so we are all trying to remain positive. 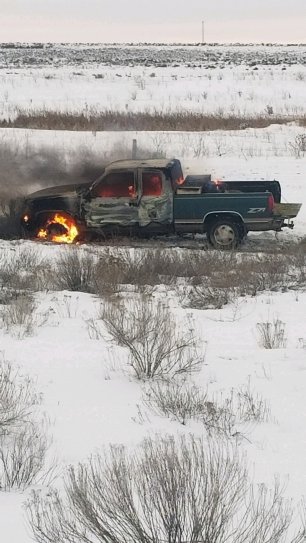 Toni cannot believe how many tools she lost. She has tried to put the necessary tools on her amazon gift list, like fence stretchers, sledge hammer, fencing pliers, wire cutters, bolt cutters, all the stuff she packed around in her toolbox. It is amazing how much stuff she had accumulated over the years, and how much it cost to replace it all! But again, it could have been worse. The boys got out of the pick-up fine and no one was hurt. We repeat that a lot. So far the only thing she has been able to salvage was the ball off the back. Everything else is a loss. No one wants to use fence stretchers that may have compromised metal and look like they went through a war. That fire burned hot. 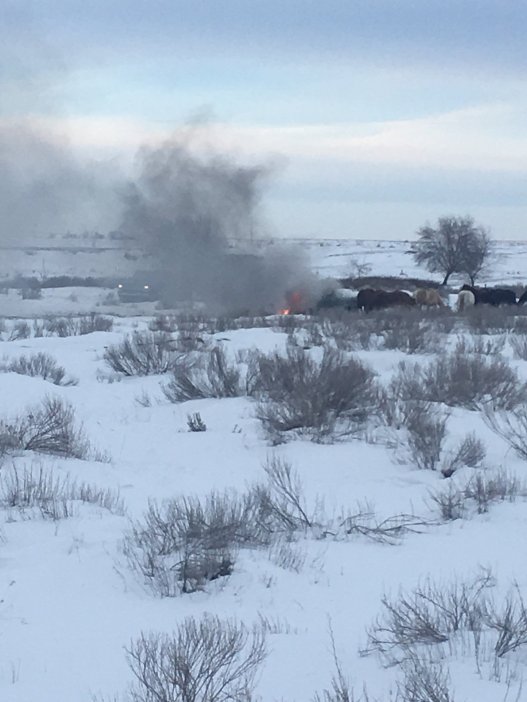 Wednesday, MORE SNOW and no school again. But this snow kept the fire from spreading, so again, a positive. Toni bought a new very used pickup, tan this time, and Kicker went and got it. Toni was back checking with this pick-up by 11. She borrowed Ben’s pick-up for earlier chores. Anna was ill and still at home. Toni took my blazer home that night, which does not have 4 wheel drive and I am hoping that Kicker fixes the window, since Toni is driving it. Since Toni got a new pickup so fast, my window is not fixed. Insert sad face here. 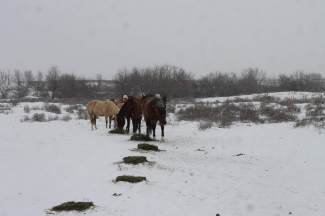 Thursday still no school, but the winds howled during the night and many of the roads are drifted over again. Most of the day was pretty normal, feeding, checking, etc. 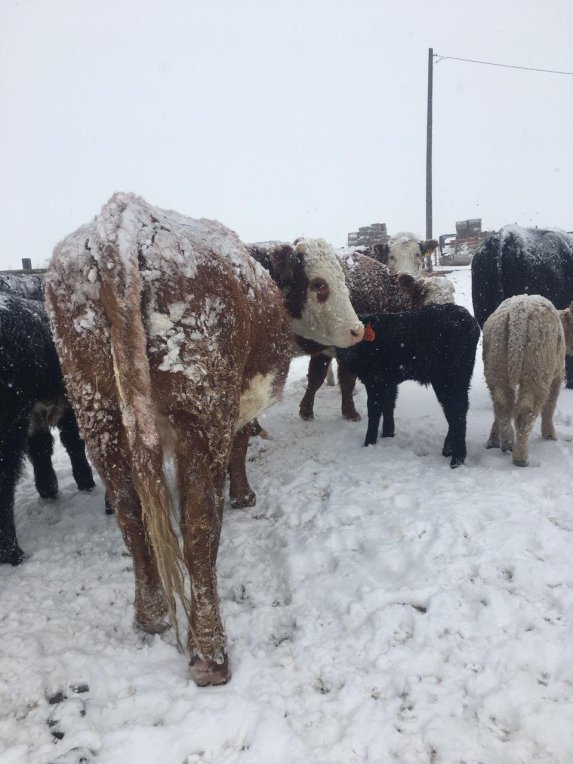 Friday we needed to put CIDRS in cows to AI next Sunday. I took the kids to school and then got the cows in and started sorting. I did not get a lot sorted on my own. I had to leave at 12:30 to go chaperone a math competition with our good friend Maria. Ben came home from work around 1 to continue sorting on his own. Then Toni got down there to help after her last conference call and then Kicker was down after work. They got done CIDRing the cows at around 8 that night, so then they were not in from feeding until almost 11. Our math team was 4th overall in their division, which was awesome, there were over 200 kids there and 24 schools. We rolled in about 11 pm as well, so Ben and I got home about the same time. Maria’s uncle brought Dutch Bro for Maria and I.

We also had to cows calving during the sort, Ben and Kicker saw one of them early enough and got her in the barn. The second one calved in the pen but they saw her right after she calved and got the calf in the saddle shed. 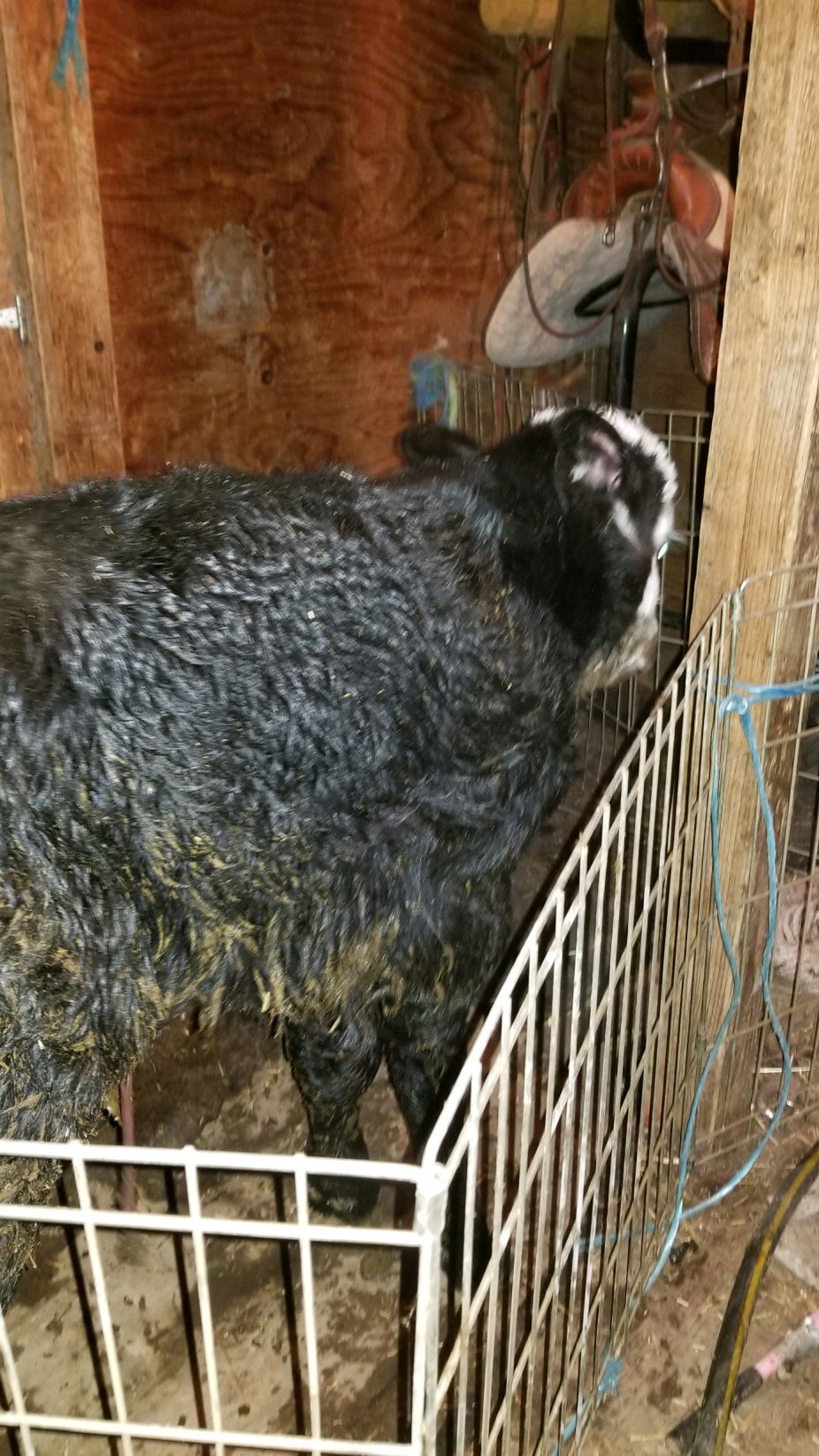 Saturday we got the cows in again to sort out the heavy ones to put on the hill due to the cold. We let the two colts out with the steers during the day so they could run around out in the sunshine. We also tagged and moved out the already calved cows in the heavy pen. Toni, Kicker, Kade and Jaxsen were in West Richland for Kade’s last basketball tournament, they were third in their bracket, good job boys. Ben and Anna went to the father daughter dance, they had a good time. So Kaine and I had a son mother night and ate coconut shrimp and watched Christopher Robin. 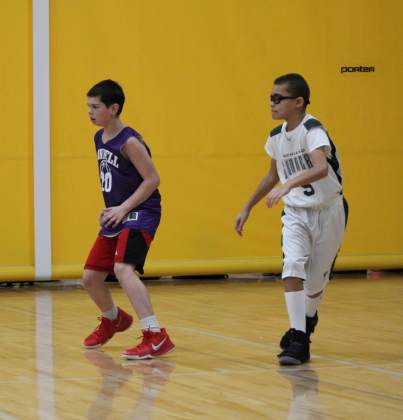 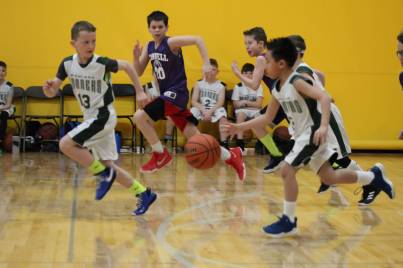 Sunday, were has the week gone?? Ben and Kicker put straw out in the heavy pen and cleaned up the old straw, they had both the loader and tractor going. Ben went up and pulled a calf at cousin Kendel’s house, so I helped Kicker get done feeding the cows. We did chores and checked cows. More snow predicted this week along with freezing rain. We do have people coming out and looking at bulls and have made deposits, but this weather is too junky to actually get them shipped out of here. We are now into March, and the saying is, “In like a lion, out like a lamb.” Well, we are now into March, I am waiting for that lamb! 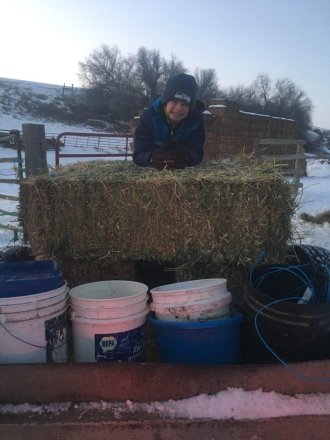